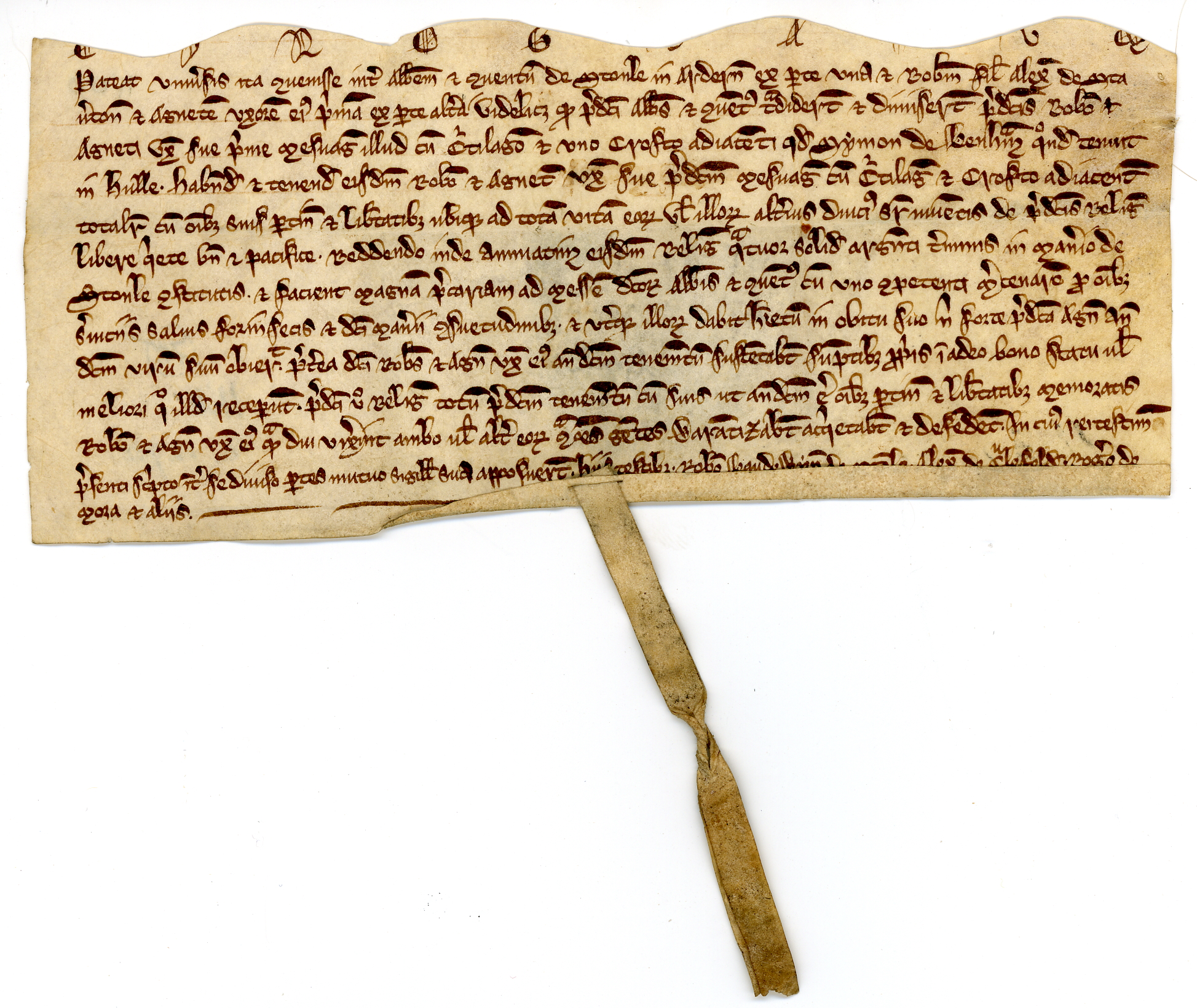 Lease with warranty from the Abbot and Convent of Stonle in Ardern' to Robert son of Alexander de Staverton' and Agnes his first wife, of a messuage with a curtilage and a croft adjoining which Simon de Benham once held in Hulle; to hold the same for the term of their lives or of the survivor of them, rendering annually 4 shillings at the terms accustomed in the manor of Stonle, and doing boon-work (precariam) at the harvest of the Abbot and Convent with one able hired servant, for all service save foreign service; and each of them shall give a heriot at death unless Agnes shall die before her husband; and they are to maintain the said property at their own cost. Witnesses: Robert Baudewyn' of Stonle, Alexander de Crulefeld, Roger de Mora and others. Tag, seal lost. Endorsed: i) Roberti filii Alexandri et Agneti uxoris eius ii) Hulle