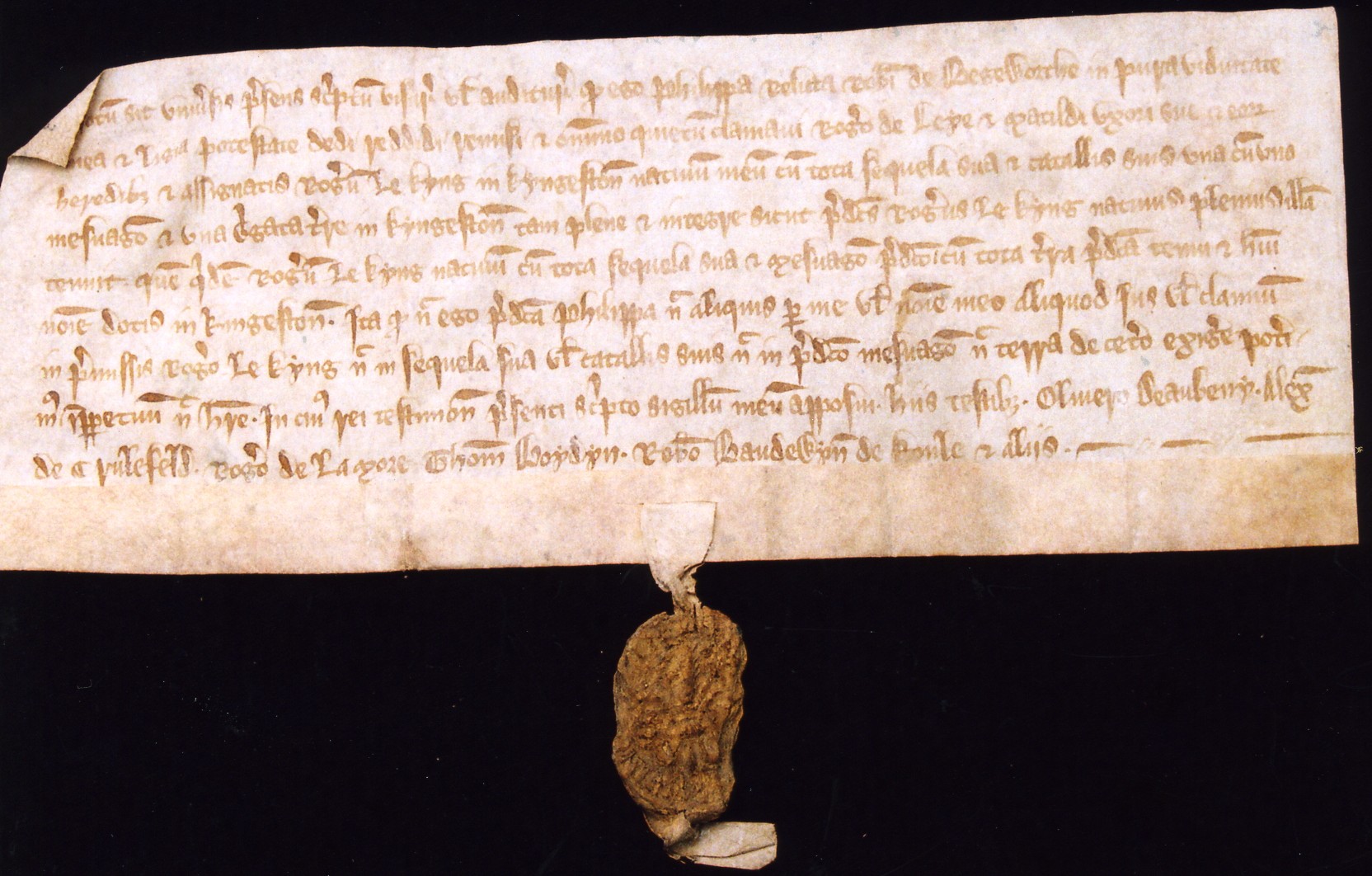 Release and quitclaim by Philippa, widow of Robert of Begworth to Roger Leye and Matilda his wife, of all her rights in her serf (nativum meum) Robert Kyng of Kingston, with all his family and chattels, one messuage and one virgate of land with all their appurtenances and liberties in Kingston.Which said Robert and premises she holds as dower Witnesses: Oliver Daubeney; Alexander Cryfield; Roger 'de la Yore';Thomas Hoydyn; Robert Baldwin of 'Roule' [?Rowley]