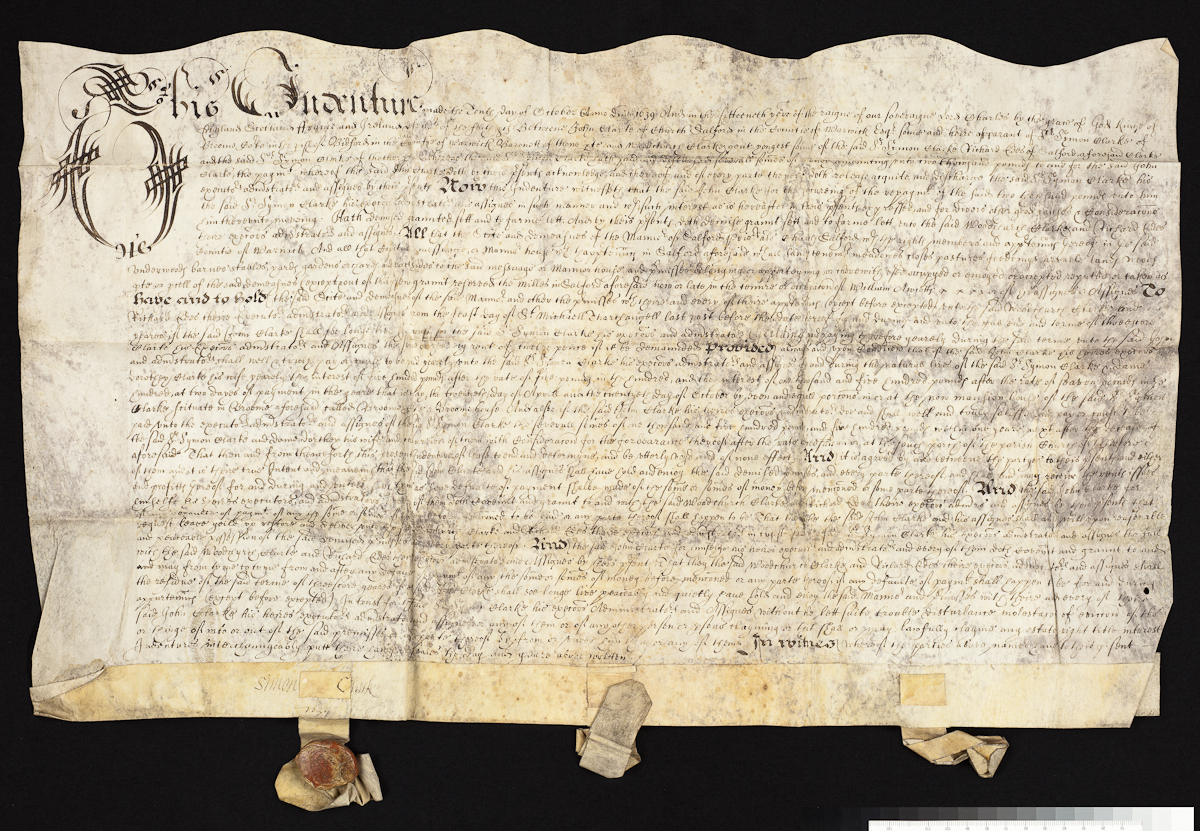 Counterpart of a Mortgage from John Clarke of Church Salford, esquire (son and heir apparent of Sir Symon Clarke of Broome Court in the Parish of Bidford, baronet) to Woodchurch Clarke, gentleman (youngest son of the said Sir Symon Clarke), Richard Edes of Salford, clerk and Sir Symon Clarke, of the site and demesnes of the Manor of Salford Priors alias Church Salford with its appurtenances and the capital messuage or Manor House with appurtenances in Salford with all lands etc. occupied and enjoyed therewith by demise of a term of 1000 years subject to a proviso for redemption and in consideration of £2000 lent to him John Clarke by the said Mortgagees. Signed: Simon Clark. Seal of red wax impression indecipherable. Witnesses: Hum. Clarke, Richard Huxley, William Walford and Edw. Owen.