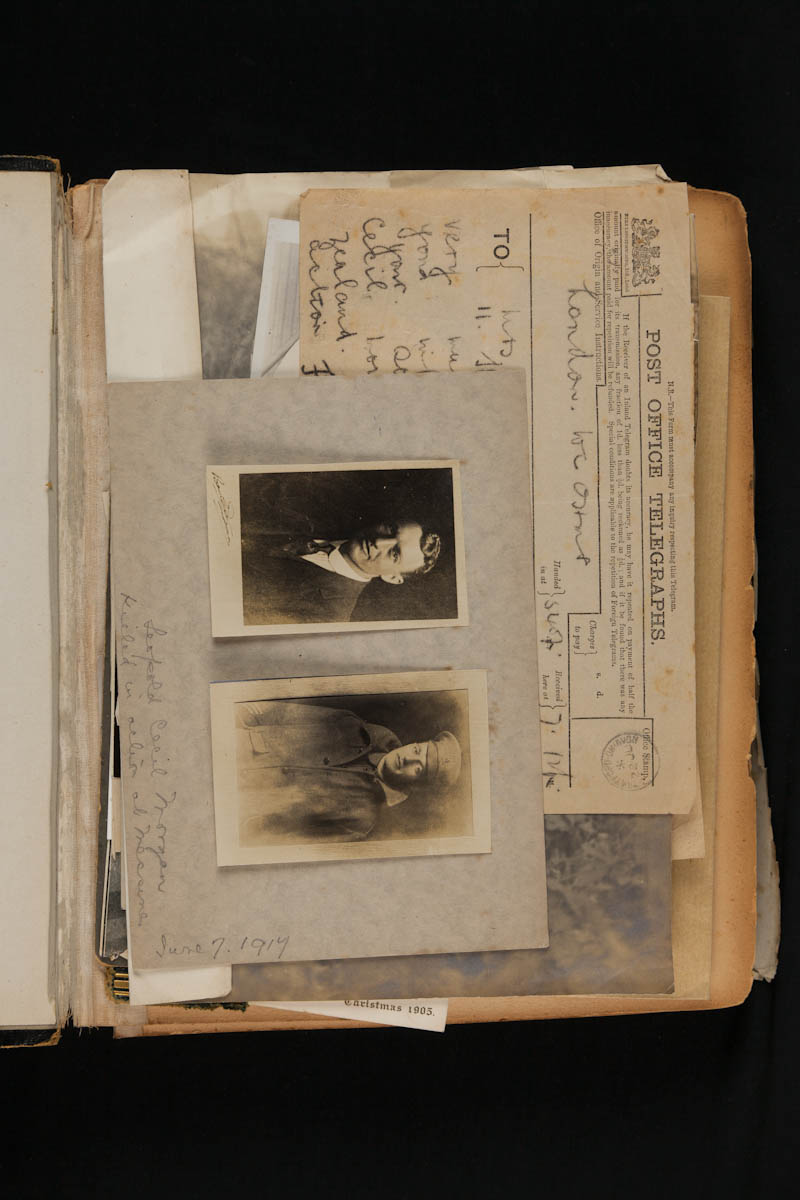 Cuttings album relating to Leopold Cecil Morgan (1884-1917) who emigrated to New Zealand, c. 1906, and was killed in northern France during World War I, probably compiled in his memory. Begins with a cartoon depicting a classroom scene at the Commercial School, Stratford-upon-Avon, 1890, and continues with newscuttings, postcards and family photographs. Other material loosely inserted, including a telegram to his mother, with notification of his death, and a photograph of his original grave. See also DR1184/4/4