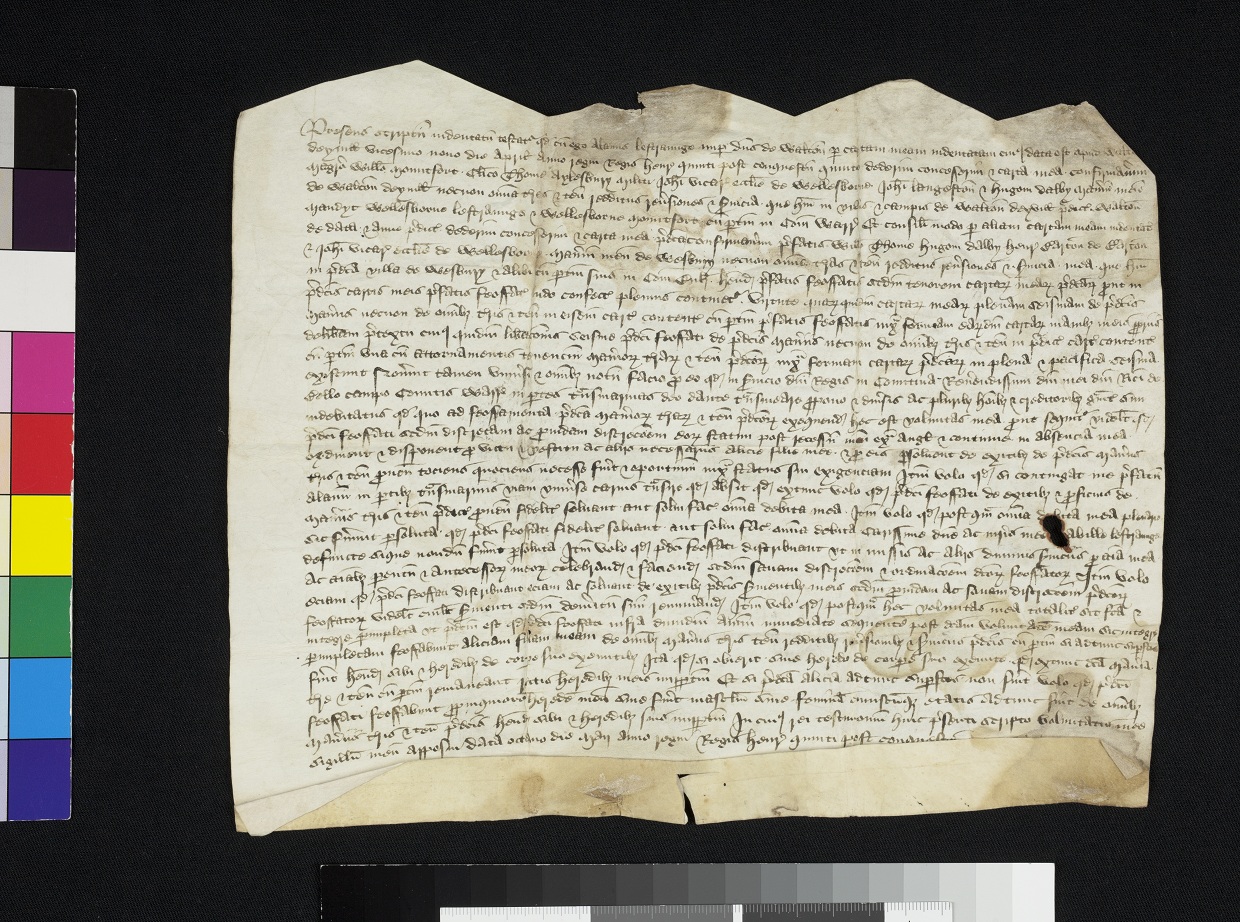 Wellesbourne: Will of Alan Lestraunge

Will of Alan Lestraunge, sometime Lord of Walton', prior to embarking on the service of his lord the King abroad, reciting a feoffment of 29 April 5 Henry V [1417] from the said Alan to Master William Mountfort clerk, Thomas Aylesbury knight, John vicar of the church of Wellesborne, John Langeston' and Hugh Dalby of his manor of Walton' Deyvill' with lands, tenements, rents, reversions and services in the will and fields of Walton' deyvill', Walton Mandyt, Wellesborne lestraunge and Wellesborne mountfort and reciting another feoffment of the same date from the same to the said William, Thomas, Hugh Dalby, Henry Barton of Barton and John vicar of the church of Wellesborne of his manor of Wesbury with lands, tenements, rents, reversions and services in the vill of Wesbury, of which property the said feoffees now stand seised, with the following instructions and bequests: 1. that since he leaves for the continent in the service of his lord the King in the company of the Earl of Warwick the said feoffees shall adminster the said property and provide Alice, daughter of the said Alan, with food and clothing and the necessaries of life; 2. that if the said Alan should die the said feoffees should pay his debts and the debts of his mother, now deceased; 3. that the said feoffees shall have masses said for the soul of the said Alan and the souls of the ancestors of the said Alan; 4. that the said feoffees, after the death of the said Alan, shall enfeoff the said Alice with the said property [DR37/1/2795]. 5. Dated: 8 May 5 Henry V Endorsed: [Contemp.] Voluntas Alani lestraynge Latin, parchment, 10 1/4 x 8 in., indented.