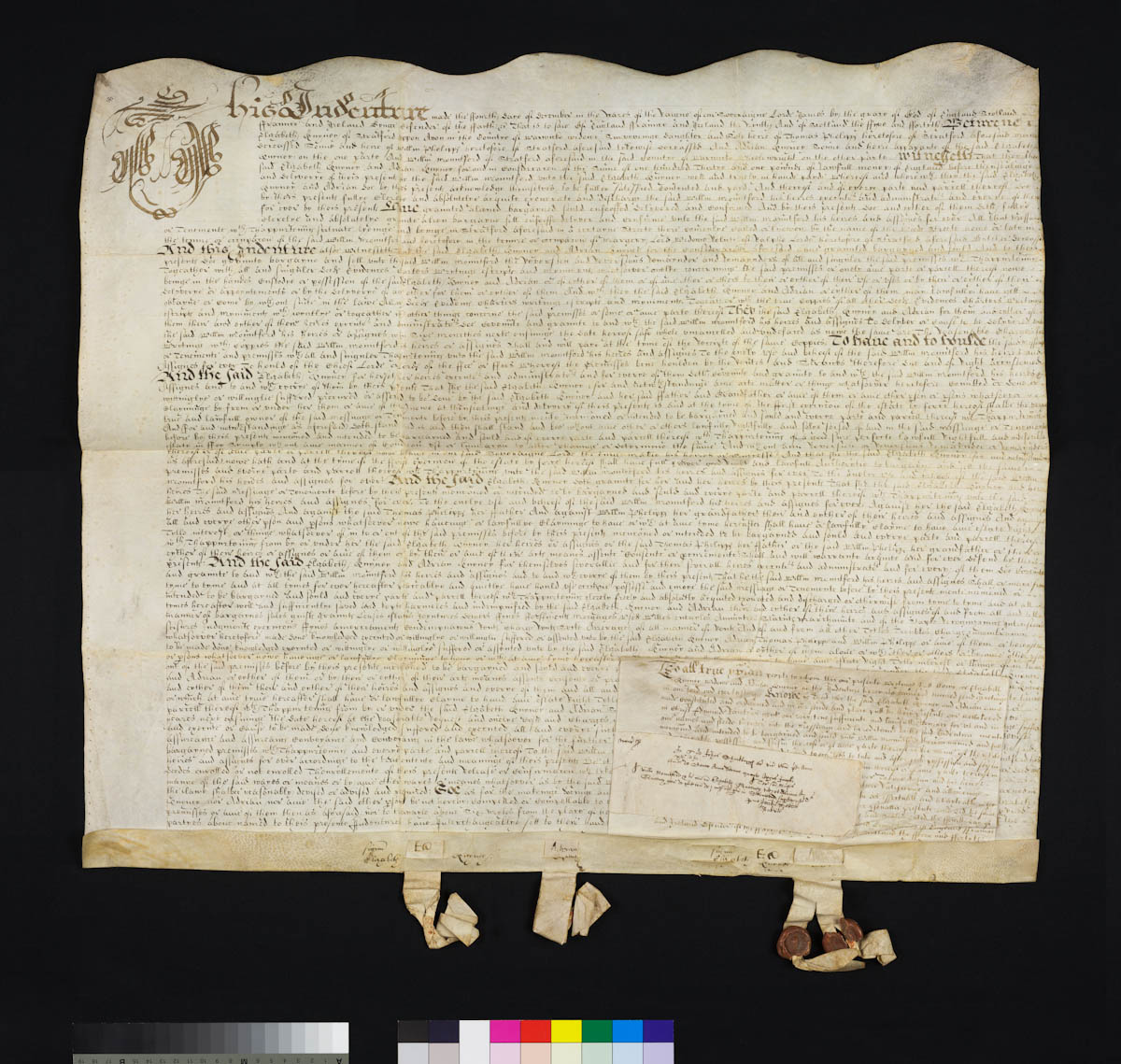 Bargain and sale from Elizabeth Quyney of Stratford-upon-Avon, widow (daughter and sole heir of Thomas Phillips, late of Stratford-on-Avon, deceased, son and heir of William Phillips of the same) and her son and heir Adrian Quyney, to William Mountford of Stratford, wheelwright, for £131, of a messuage in Wood Street in the tenure of the said William Mountford, and late in the tenure of Margery Lord. Signed: Eliz Quyney by mark, Adrian Quyney Witnesses include Judeth Shackespeare by mark