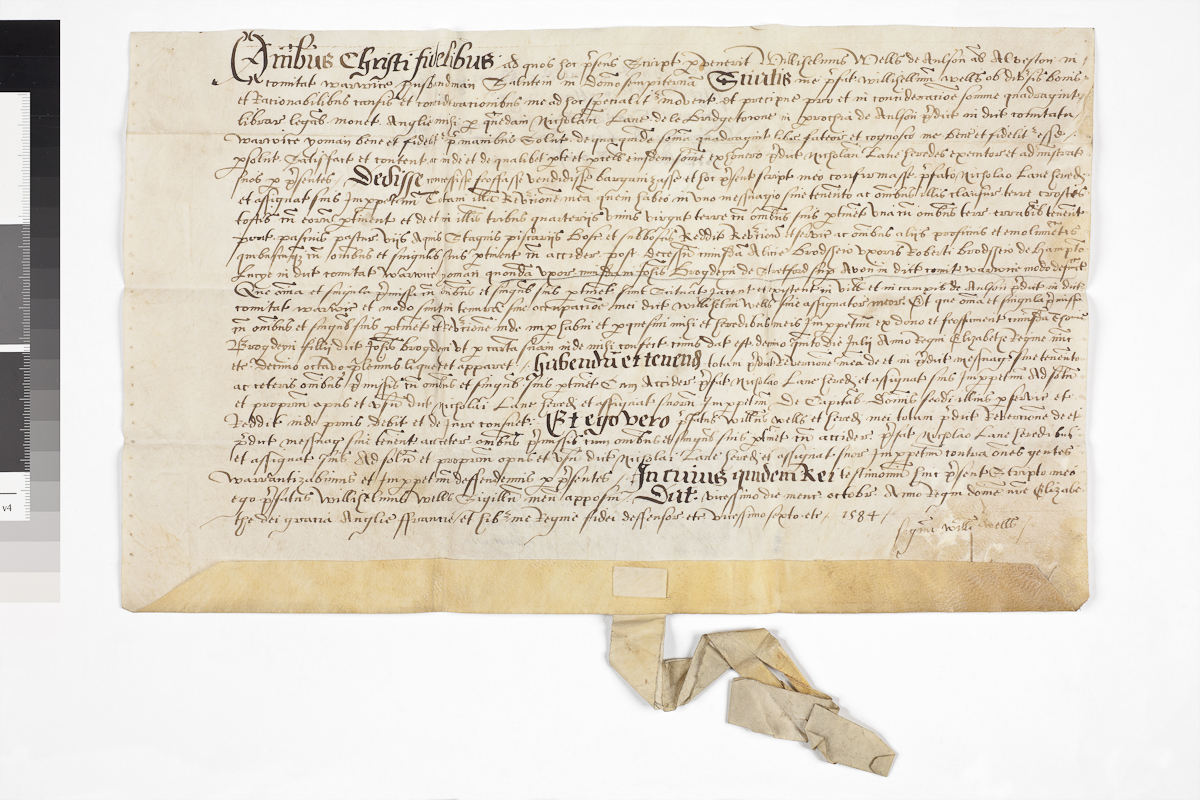 Deed of sale by William Wells of Aulson, al. Alveston, husbandman, to Nicholas Lane of Bridgetown, in Alveston, yeomen, for £40 of the reversion, after the death of Alice Brodshew, wife of Robert Brodshew, of Hampton Lucy, yeoman, (formerly wife of John Brogdeyn, of Stratford upon Avon) of a messuage and 3/4 of a yard land in Alveston, in the tenure of the said William Wells and the reversion of which was purchased by him, 15 July 1576, of Thomas Brogdeyn son of the said John. Witnesses: Thomas Tressell, the writer, Richard Lane, Nicholas Knolles, William Tonge.