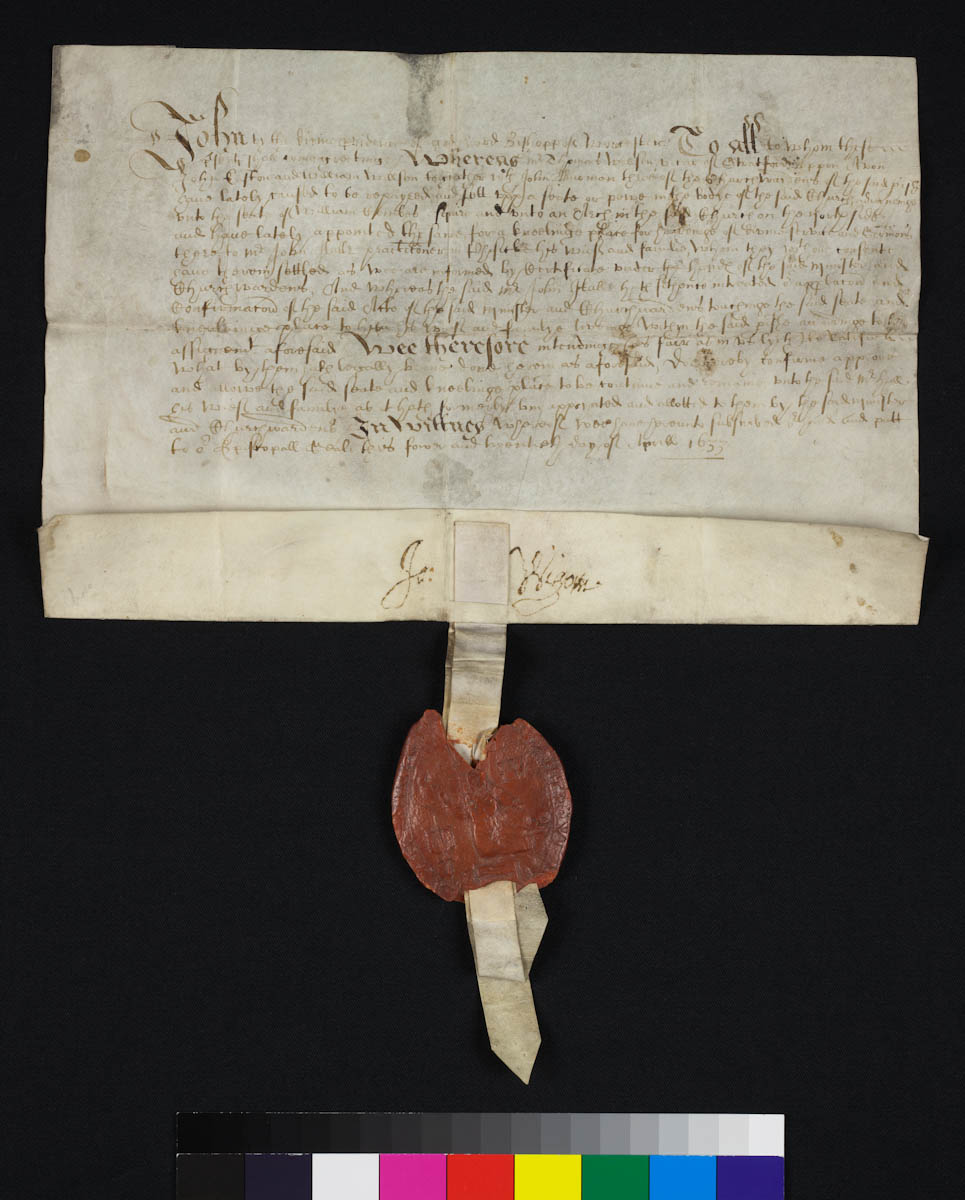 Reciting that Mr. Thomas Willson, Vicar of Stratford-upon-Avon together with John Easton, William Willson, and John Burman the three Churchwardens of the Parish Church of Stratford-upon-Avon had lately caused to be repaired and set up a seat or pew in the Body of the said Church, adjoining to the seat of William Combes, Esquire and to an arch on the North side of the Church and had lately appointed the same for a kneeling place for hearing Divine Service and Sermons to Mr. John Hall, practitioner of Physik, his wife and family whom they without consent have settled. It was thereby witnessed that the Bishop of Worcester confirmed to John Hall and Susannah, his wife the said seat. Signed: John Wigorn.Seal: red wax of the Bishop of Worcester, a kneeling figure between a sword lying across an open book and a skull. Also bearing initials I. W. Formerly ER3/3116