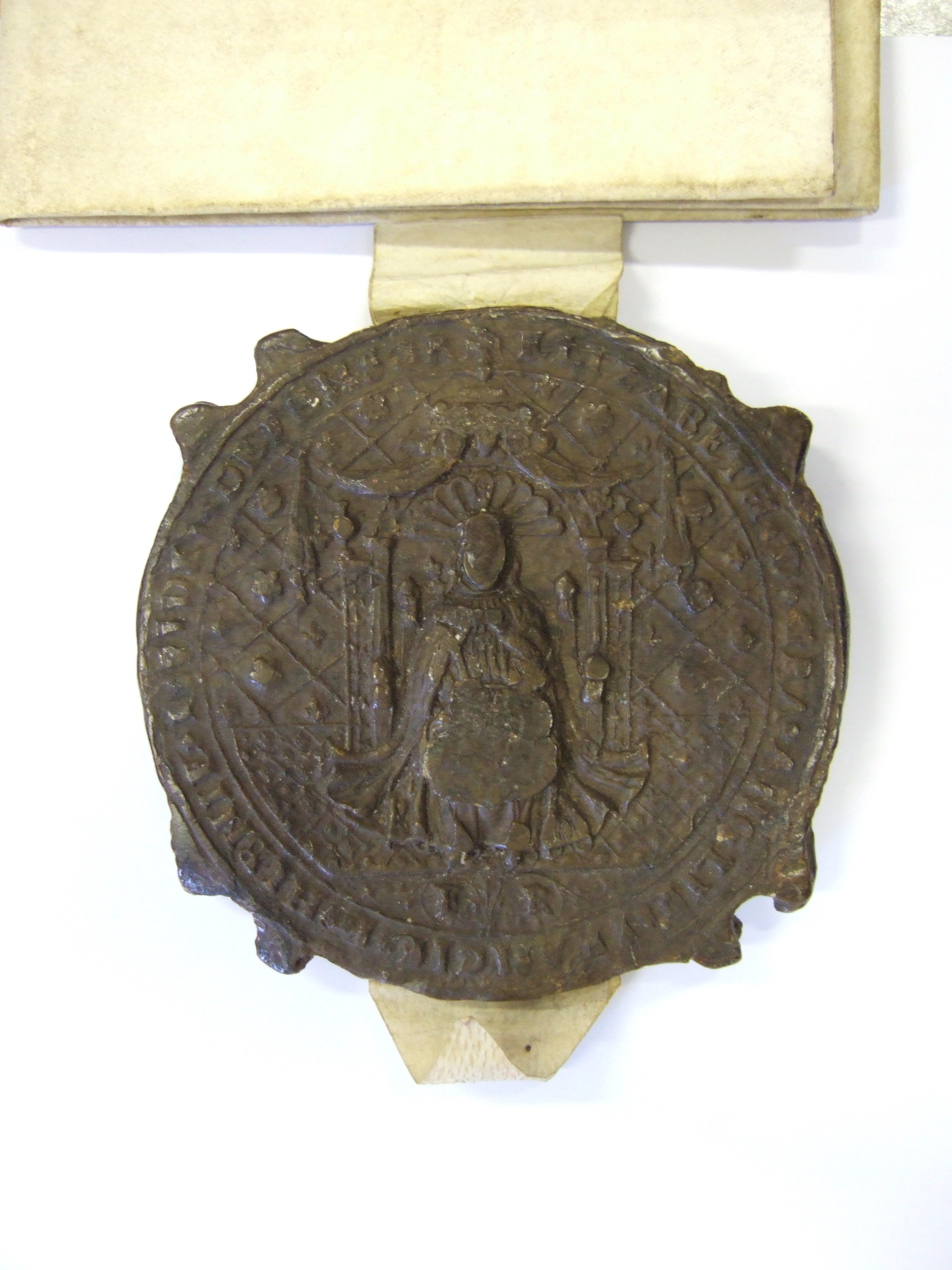 Inspeximus under the seal of the Exchequer at the request of Arthur Gregorey, esq., of an account, taken 28 Henry VIII by Thomas Tutbury, formerly Abbot of S[ t]oneley and Humphry Reynolde, bailiff and collector of the rents of Stoneley, of the sum of £4. 10s. 0d. received for the rent of a messuage and fulling mill called a Walkemyll in a croft called Rabecrofte and a grove called Bawdewyns grove with appurtenances in the lordship of Stoneley, leased by the Abbot on 25 March, 13 Henry VIII [no. 997] to Thomas Pipe for 50 years, at the above rent, and paying suit of court at Stoneley. Dated: 16 February, 14 Elizabeth [1571/2] On tag, seal of the Exchequer. Endorsed: John Gambeles a fine of Walke mill [LG]