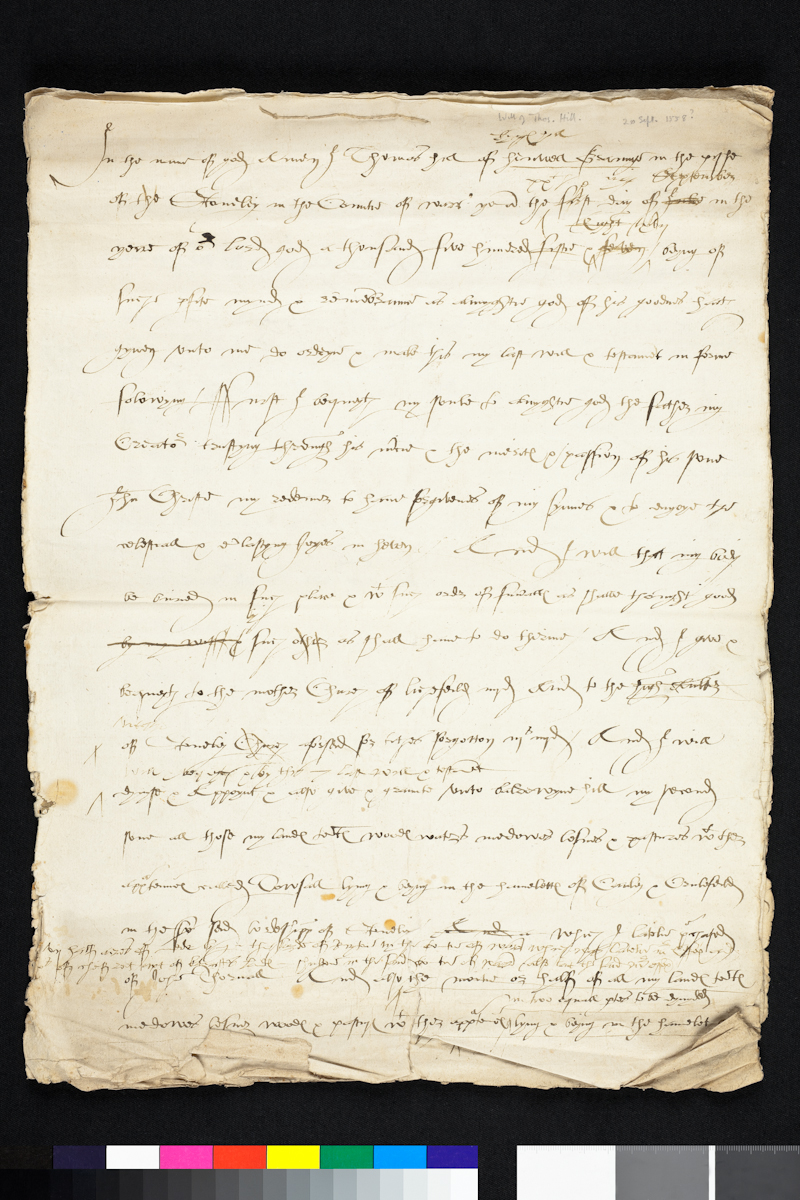 Miscellaneous Trusts: Draft of the will of Thomas Hill of Henwell Grange in the parish of Stoneley, 1558.

Draft of the will of Thomas Hill of Henwell Grange in the parish of Stoneley, yeoman. Lands called Towsall in the hamlets of Canley and Crulefeild and lands and rents in Hurst, Ruyton and Shulton to be divided between Cuthbert and Baldwin, his sons. If his son and heir Cuthbert dies without issue, his share to pass to Edward his third son. Bequests to his son, Edward, and his daughters, Prudence, Elizabeth, Joan, Christine and Katherine. Dower provided for his wife Margaret. Appoints his sons, Cuthbert, Baldwin and Edward, executors and Thomas Pell, his father-in-law, William Warnor, his brother-in-law, John Pell and Thomas Gregorie, overseers of his will and each given 20 shillings. Witnesses (who sign): John Pell, William Bisshopp of Fletchampsted, Thomas Gregorie, Thomas Buckworthe, William Wirley. Endorsed: Ruyton and Shulton of our fee. Written by Thomas Gregory.