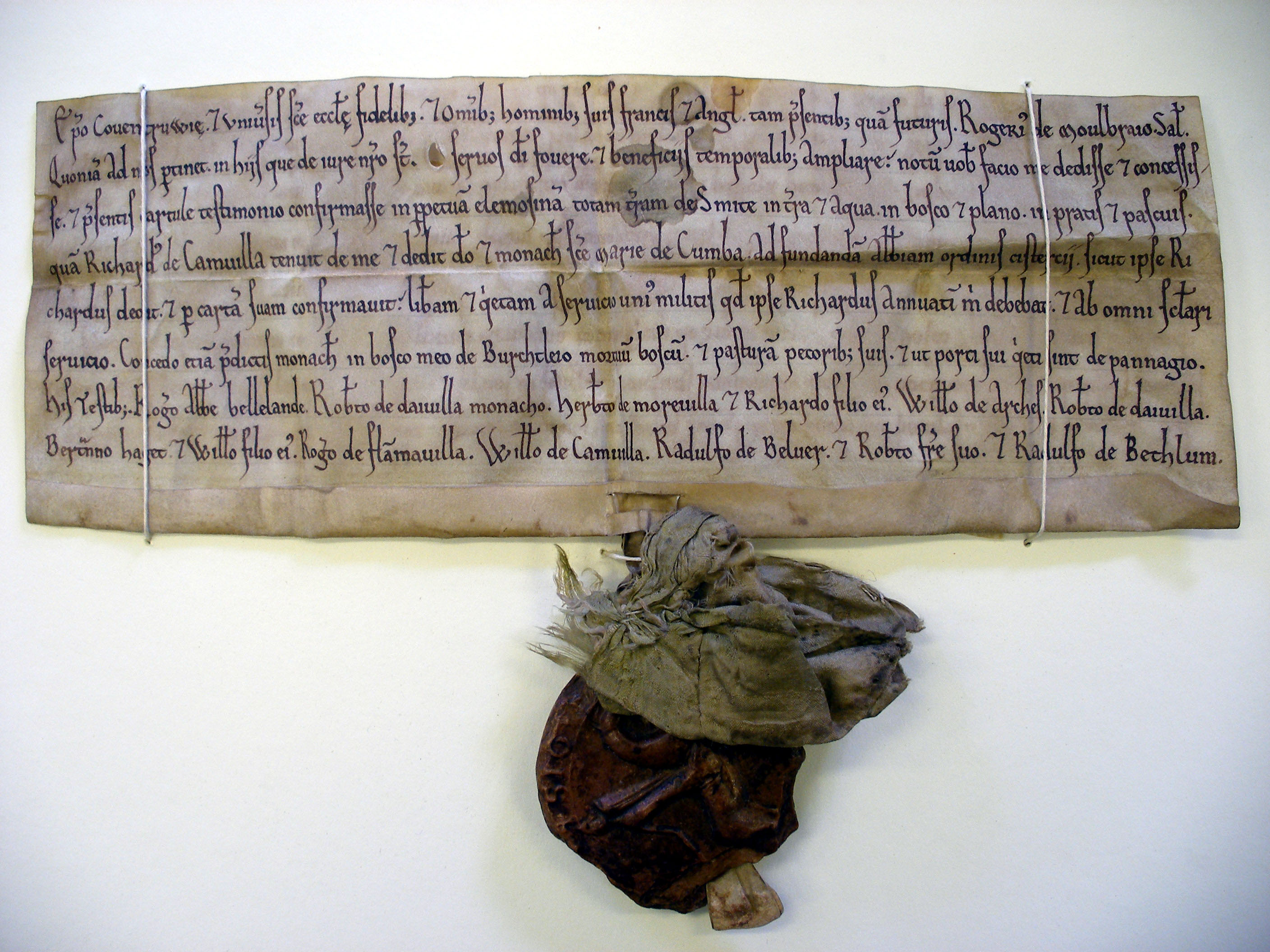 Confirmation in frankalmoign from Roger de Moulbraio to God and the monks of St. Mary of Cumba of all the land of Smite, in land and water, wood and level ground, meadow and pasture, which Richard de Camvilla held of him (the said Roger), and which he gave to God and the said monks of St. Mary of Cumba to found an Abbey of the Cistercian Order; to hold to the said monks free from the service of one knight which the said Richard used to owe and from all secular service.

And moreover the said Roger gives to the said monks in his wood of Burchtleio [Birchley Wood in Brinklow] the dead wood and pasture for their cattle and grants that their swine shall be quit of pannage.