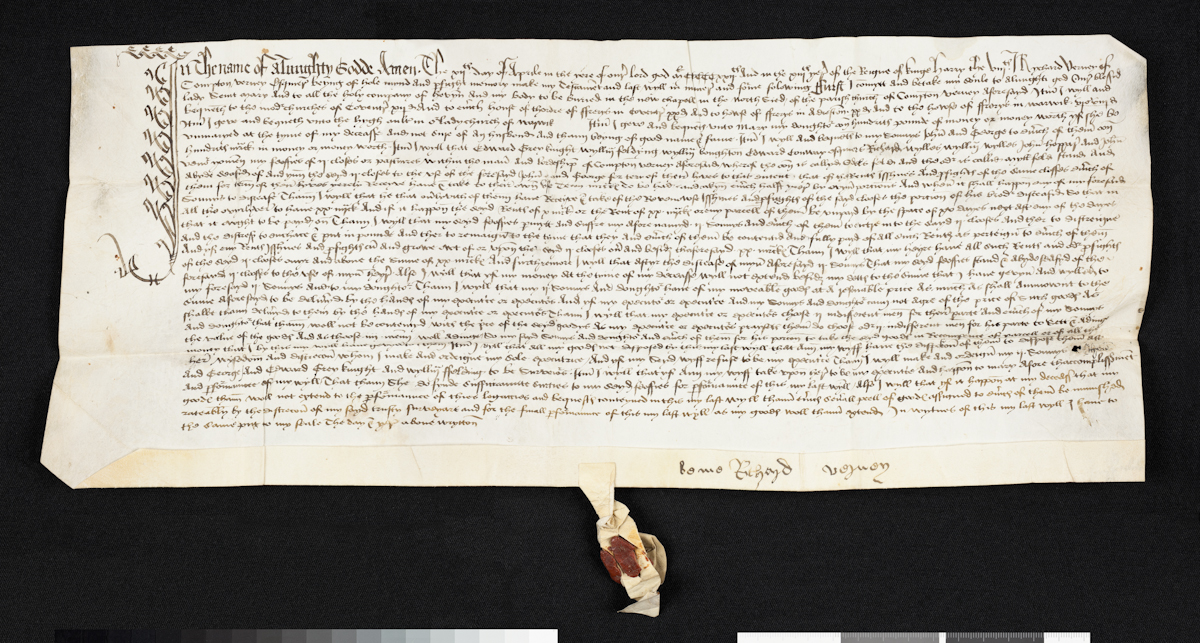 Will, in English, of Richard Verney of Compton Verney, esquire.:

To be buried 'in the new chapel in the north end of the parish church of Compton Verney;
12d to mother church of Coventry;
20d to each friary in Coventry;
20d to friary in Atherstone;
6s 8d to friary in Warwick;
bequest to high altar of St. Mary's, Warwick;
£100 to daughter Mary if she unmarried and 'beyng of good name and fame' at his death;
100 marks each to sons John and George;
Feoffees (Sir Edward Grey, William Feldyng, William Boughton, Edward Conway, esquires, Richard Wylles, William Wylles, John Hoppar and John Venour, yeomen) to stand seized of 2 closes in Compton Verney, Odels Field and Myll Field to the use of John and George for their lives, receiving each 10 marks per annum in rent, or 20 marks when one dies;
any profit over and above 20 marks, with reversion on death of both John and George, to heir of Richard. If estate not sufficient to pay funerals and debts, then daughter and sons to have fair portion of estate by agreement with feoffees and executrix. Residue of goods to wife, Ann, who sole executrix .

Signature 'by me Rychard Verney'