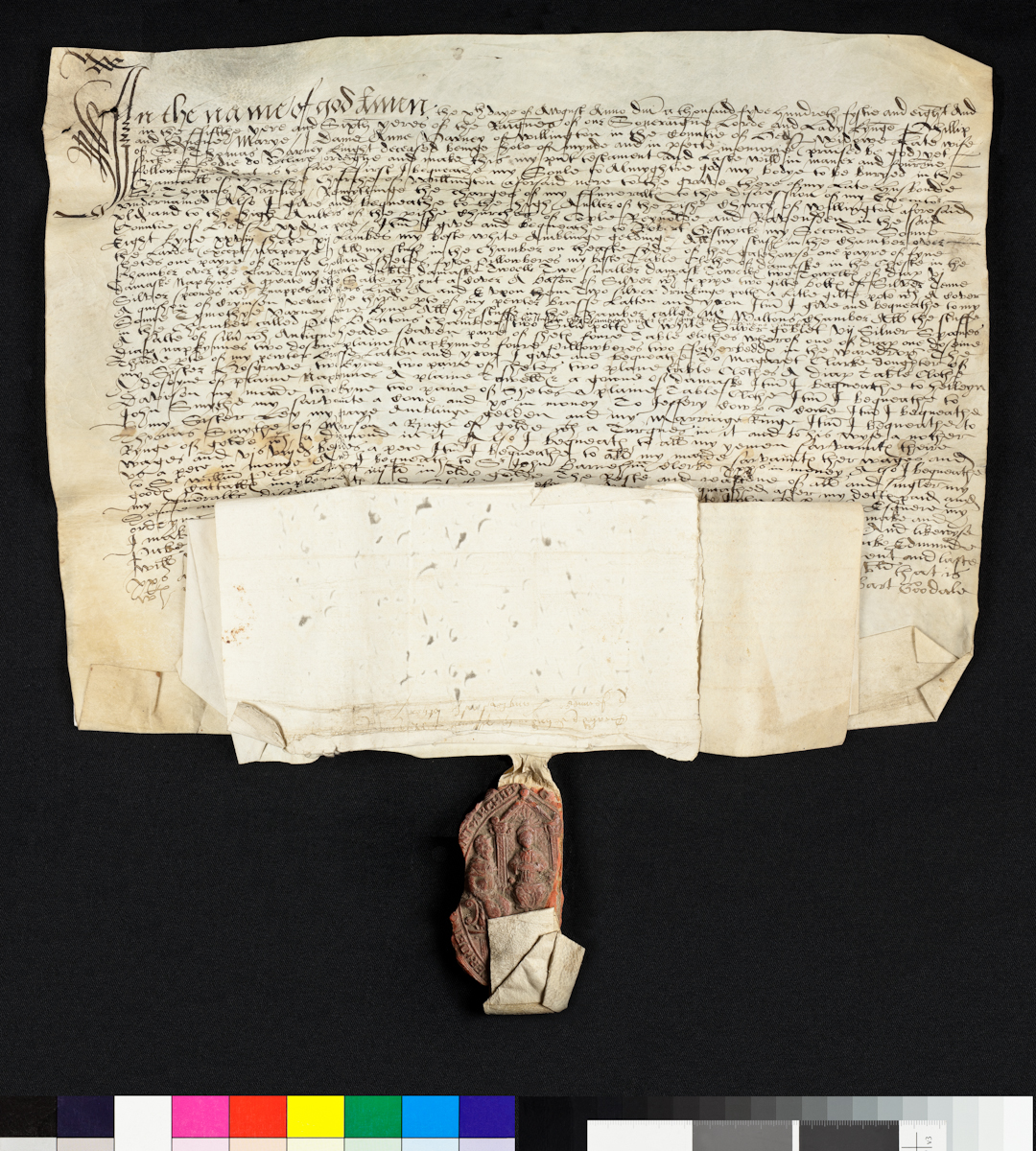 Compton Verney, early deeds: Probate copy of the will of Dame Ann Verney of Willington

Please note: This record relates to Ann (widow of William Gostwicke), who later married Sir Thomas Verney after the death of his first wife Alice. See also DR98/141a & b.

Probate copy of the will of Dame Ann Verney of Willington, Bedfordshire, widow of Sir Thomas Verney, knight, deceased.

20d each to high altars of churches of 'Cople Reynolde' and 'Ravensden' in Bedfordshire;

to second son Robert Gostwicke:
8 cattle, 28 sheep, 12 lambs, best white ambling gelding, all goods in the chamber over the larder, excluding napery, all goods in chamber on east side of the gatehouse, 1 pair of fine sheets, 1 pair of coarse holland sheets, 5 pillowberes, best damask tablecloth in the chest in the chamber over the larder, great double damask towel (twoelle) 2 smaller damask towels, 2 diaper towels, 6 damask napkins, a great gilt salt without a cover, a basin of silver with a pipe, 2 gilt bottes [sic] of silver, 10 silver spoons with knobs with the letters A and E on, 2 silver drinking pots, a little gilt pot with a cover, a cushion of crimson velvet, one third of pewter, brasse, lastten and iron goods.

To servant John Smith: a cow and 10 shillings

To Jeffery Cowper: a cow

To sister Ley: a grey ambling gelding and 'my Marriage Ringe'

To all yeomen servants: their wages and 6s 8d each

To all maid servants: their wages and 5 shillings each

Residue of goods to son and heir apparent, John Gostwicke, who sole executor.