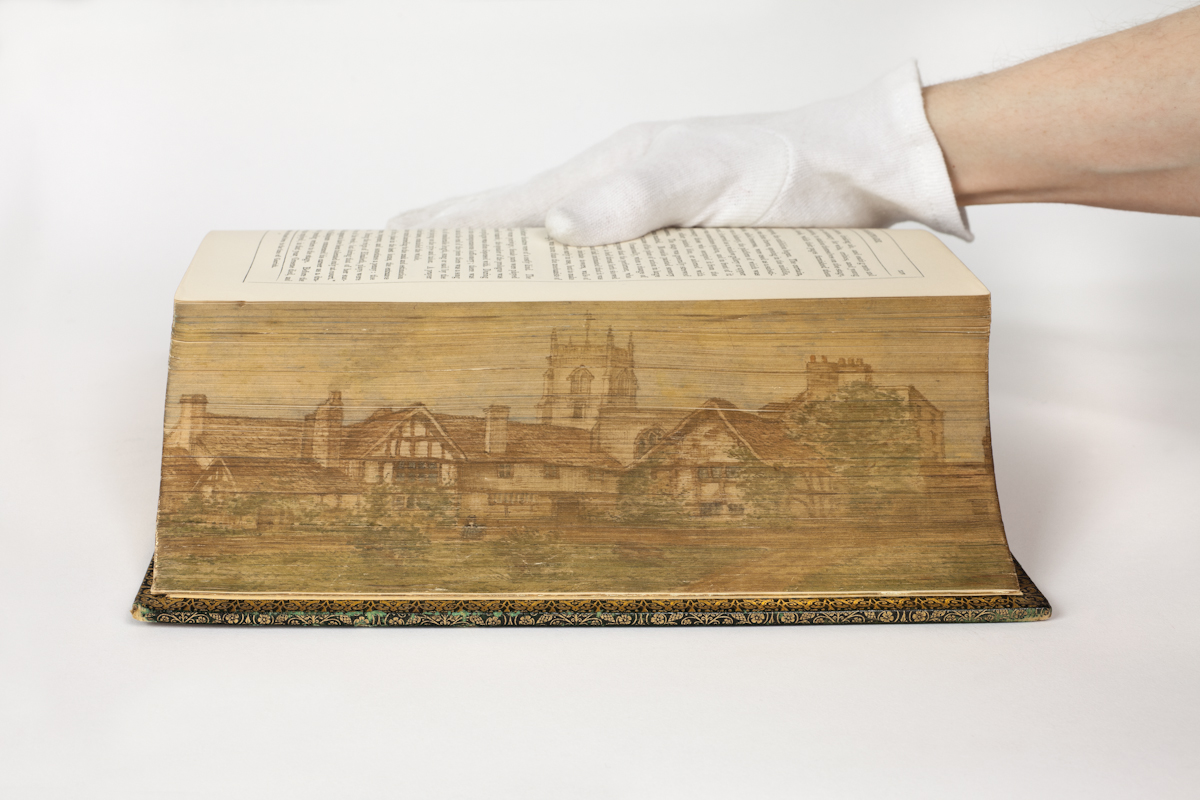 The Dramatic works / with remarks on his life and writings by Thomas Campbell.

This volume is inscribed on the reverse of the fly-leaf, 'The Lord Clifton, Prize for Classics, Class 1, Cheam July 1863'. This was Edward Henry Stuart Bligh, Lord Clifton, who was to succeed his father as Earl of Darnley in 1896. He was born in 21 August 1851 and was therefore eleven when awarded this prize. The school at Cheam, Surrey, was then one of the leading preparatory schools in the country. Lord Clifton left there for Eton in 1864. This volume is also remarkable for a fine fore-edge painting of King Edward's School, Stratford-upon-Avon, viewed from the courtyard, applied prior to a gilt finish. This may have been done from life, but it bears a close resemblance to a view taken from exactly the same point by Edward Duncan, published as an engraving in the Illustrated London News in 1847.