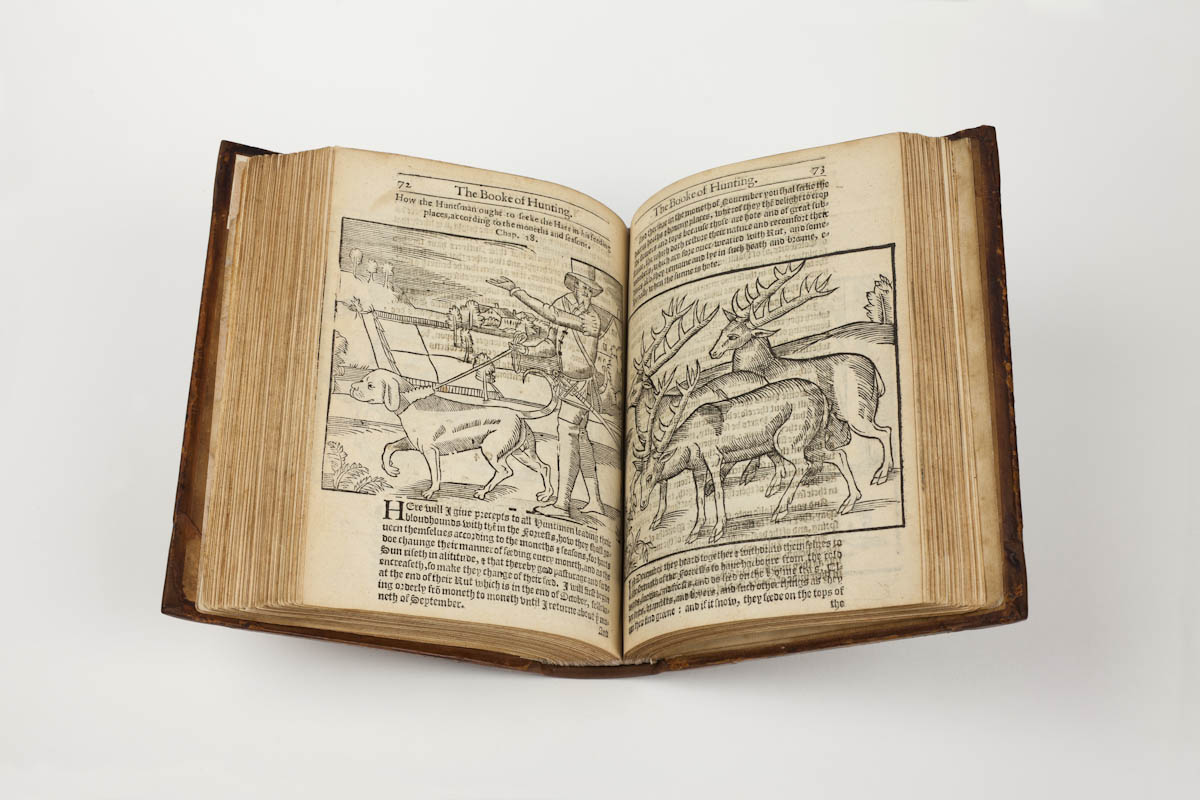 Enquire about this object
37
Back to results

The noble art of venerie or hunting. Wherein is handled and set out the vertues, nature, and properties of fifteene sundry chaces, together with the order and manner how to hunt and kill euery one of them. Translated collected for the pleasure of all noblemen and gentlemen, out of the best approoued authors, which haue written any thing concerning the same: and reduced into such order and proper termes as are vsed here in this noble realme of Great Britaine.

General note: By George Gascoigne, whose name appears on [par.]3v. An adaptation of: Fouilloux, Jacques du. La ve´nerie. Partly in verse. Usually bound with an edition of "The booke of falconrie or hawking" by George Turberville, to whom this work is sometimes attributed. The first leaf is blank. Plates for this work are reused from the 1575 edition (STC 24328); the only difference is that plates on F6r and I3r were altered with the figure of Elizabeth (STC 24328) replaced by James (STC 24329) -- DFo. Running title reads: The booke of hunting. The last two leaves contain bugle calls. Signatures: [par.]4 A-M8 N¹° O-P8 Q4 R². [par.]1 (blank); I4 mutilated and repaired, not affecting text; bound with Turberville, George. The booke of falconrie or havvking. London : Thomas Purfoot, 1611 UK-SuSCL Cited in: STC (2nd ed.), 24329 Format of surrogate: Microfilm. Ann Arbor, Mich.: University Microfilms International, 1974. 1 microfilm reel; 35mm. (Early English books, 1475-1640; 1367:10). Ownership and custodial history: From the library of Sir Thomas Phillipps; purchased at Sotheby's sale 25 November 1974, lot no. 3224 UK-SuSCL

More on Hunting Early works to 1800