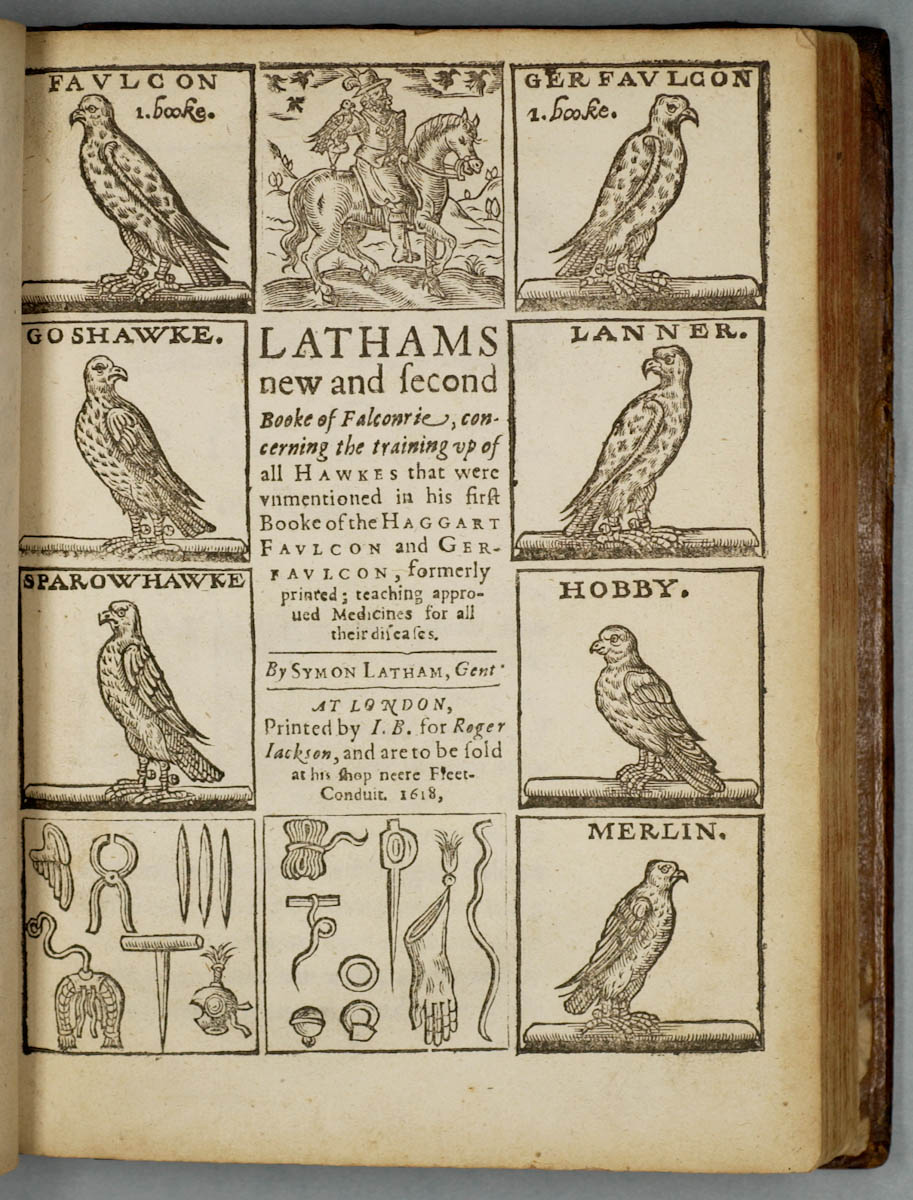 Lathams falconry or The faulcons lure, and cure: in two bookes. The first, concerning the ordering and training vp of all hawkes in generall; especially the haggard faulcon gentle. The second, teaching approued medicines for the cure of all diseases in them. Gathered by long practice and experience, and published for the delight of noble mindes, and instruction of young faulconers in things pertaining to this princely art. By Symon Latham. Gent.

More on Falconry Early works to 1800