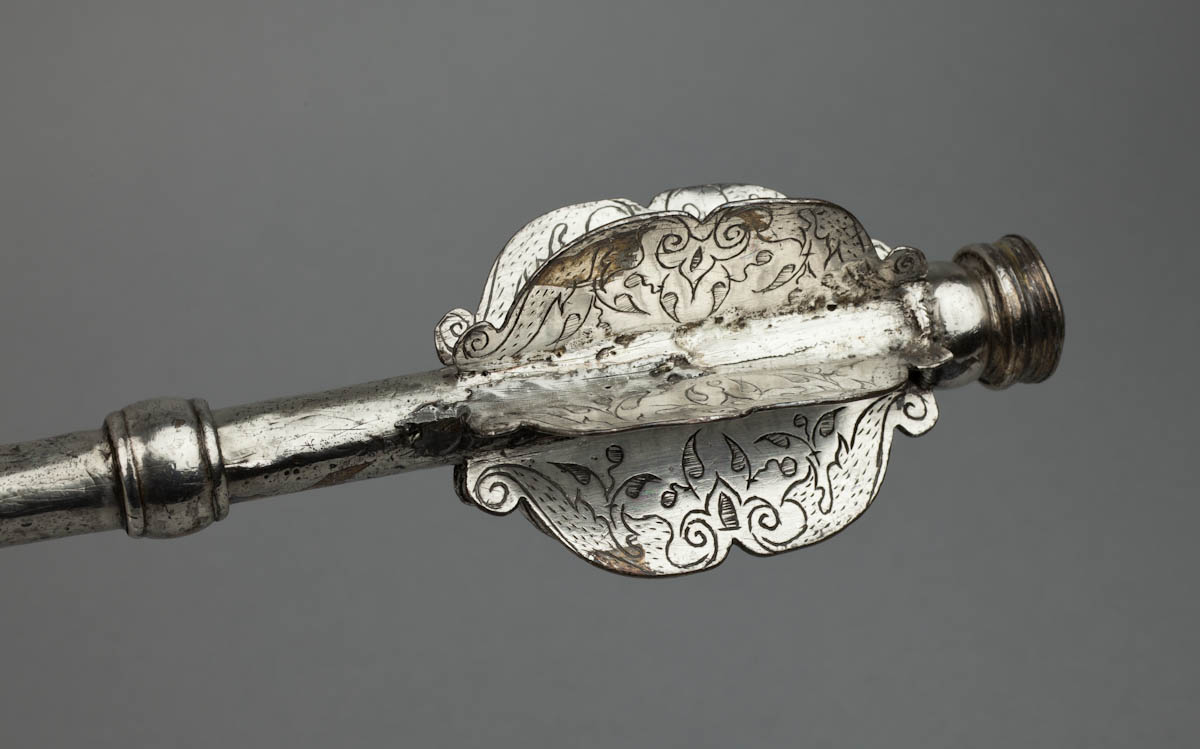 Enquire about this object
21
Back

The Guild of the Holy Cross was established in the 1200s and many of its responsibilities were taken over by the Stratford Corporation in the middle of the 1500s. This silver mace has an iron core and was made in the late 1400s, although it was altered in the middle of the 1500s. The large bowl at one end is crested with trefoils, which have sustained some damage over the years. The bowl is decorated with the royal arms, a crown and ostrich feathers. The shaft has three plain collars and at the other end is a small plain pommel with six chased wings. Maces, or verges, like this one were carried before a dean or bishop as an emblem of office. They evolved from the weapon of the same name and by the 1500s they were largely ceremonial, meant to symbolise power.