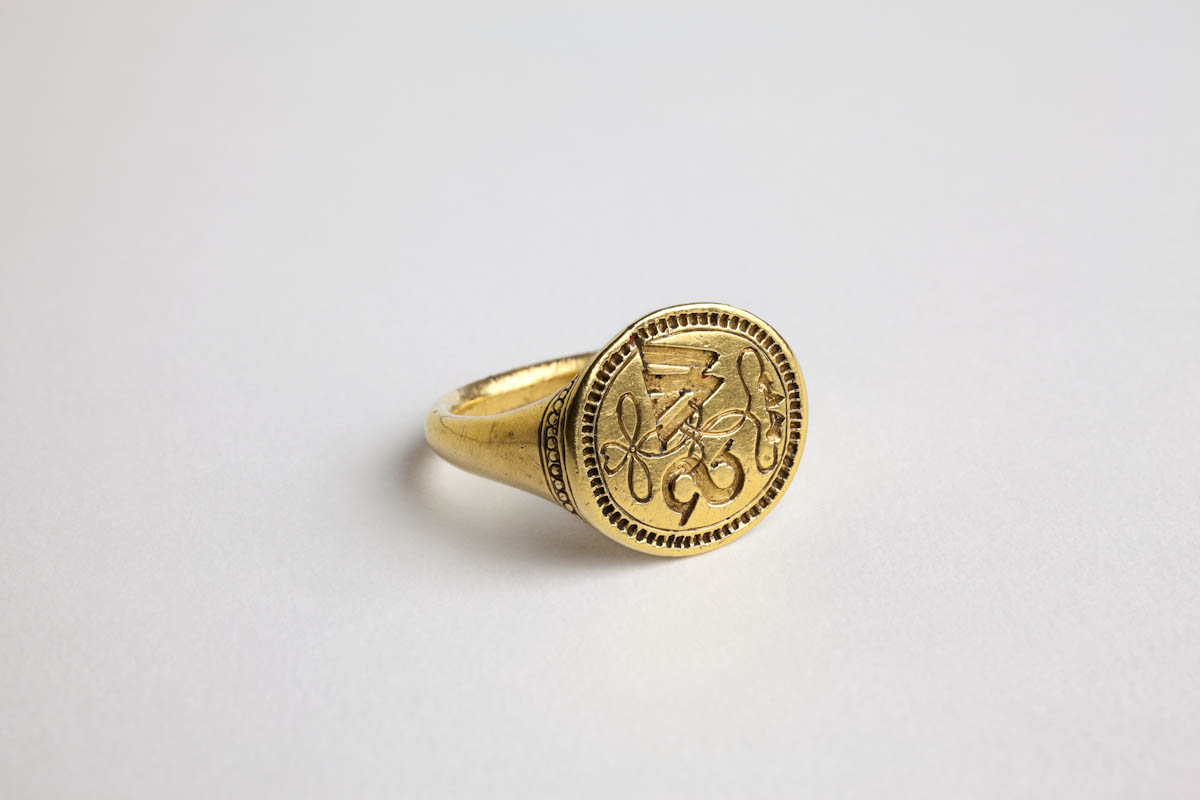 Enquire about this object
11
Back to results

It is thought that this ring, which would have been used to authenticate documents by creating an initialled seal, may have belonged to William Shakespeare. It was found near the churchyard of Stratford-upon-Avon's Holy Trinity Church in 1810 and it is conjectured that Shakespeare may have lost it prior to amending his will in 1616. In the will, the phrase 'whereof I have hereunto put my Seale' was altered by the substitution of the word 'hand' for 'Seale'. It has been suggested that Shakespeare may have lost his ring after the wedding of his daughter Judith at the church in 1616.

The style of the ring is consistent with its supposed date of origin and there were very few other people living in Stratford-upon-Avon at this time with the initials 'W.S.' The 1868 Catalogue description reads as follows: 'Shakespeare's gold signet ring, with the initials, W.S., a true lover's knot entwined between them'.