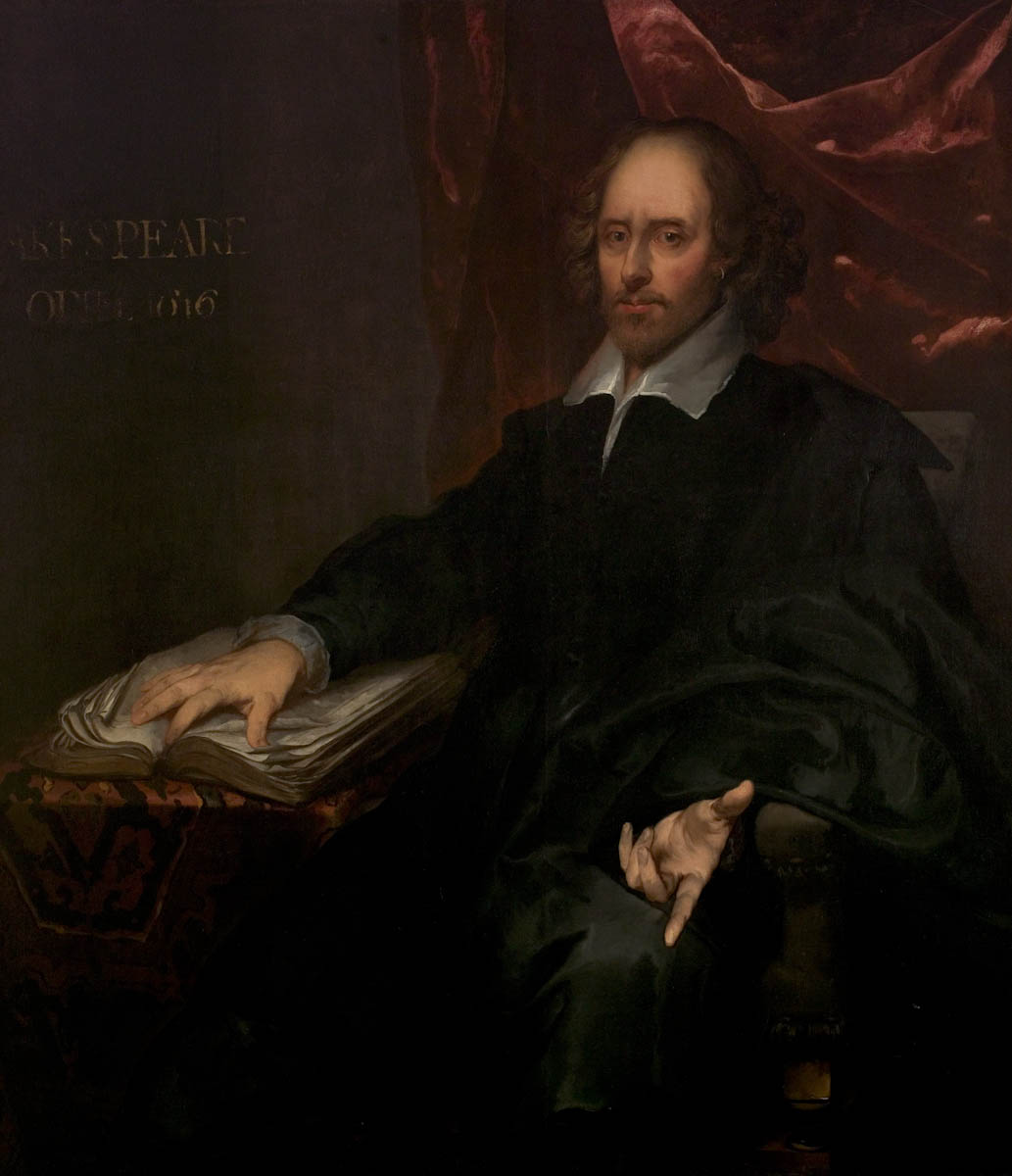 The Chesterfield Portrait of Shakespeare

This portrait, possibly by the Dutch painter Pieter Borsselaer (or Peter Borsseler, also Peter Bustler), was once owned by the Earl of Chesterfield.

It is perhaps the most Baroque of all paintings of the poet, with its flamboyant and expressive gesture. Shakespeare's head is clearly modelled on the Chandos Portrait (now in the National Portrait Gallery, London), including the characteristic earring. This portrait does not make any claim to be painted from life and in style is clearly of the second half of the seventeenth century. The painting has been attributed to Zuccaro (whose name appears in an inscription) but this is a standard attribution for Elizabethan portraits and in almost all cases wrong.

George Vertue, when he saw the picture at the Halifax sale in 1739/40, thought it had 'a head new painted onto the posture, perhaps - by Sykes' (a painter working in the first and second decades of the 18th Century very much in the manner of Kneller). If Vertue was right, the painting was doubtless made (of someone else) in the 1660s and then altered to represent Shakespeare around 1700. During restoration in 1962 no evidence of any such change was found, however. The head of the painting is apparently a fairly free and rather romanticised interpretation of the head in the Chandos painting and it has the ear ring which is characteristic of the Chandos type. It relates also very closely to an engraving by Duchange after an image of some kind by Arlaud (a Genevan artist who worked mainly in miniatures after he came to England about 1707). This engraving was first issued in certain copies of the 1709 edition of Shakespeare's works by Rowe and subsequently elsewhere; it was also copied as the title page of the 1714 edition by Rowe. It seems likely that the Chesterfield portrait is the source for this type of engraved portrait although it is possible that both derive from a lost prototype.

Conservation of this portrait in 2017 was made possible by a donation in memory of Patrick Hartrey.