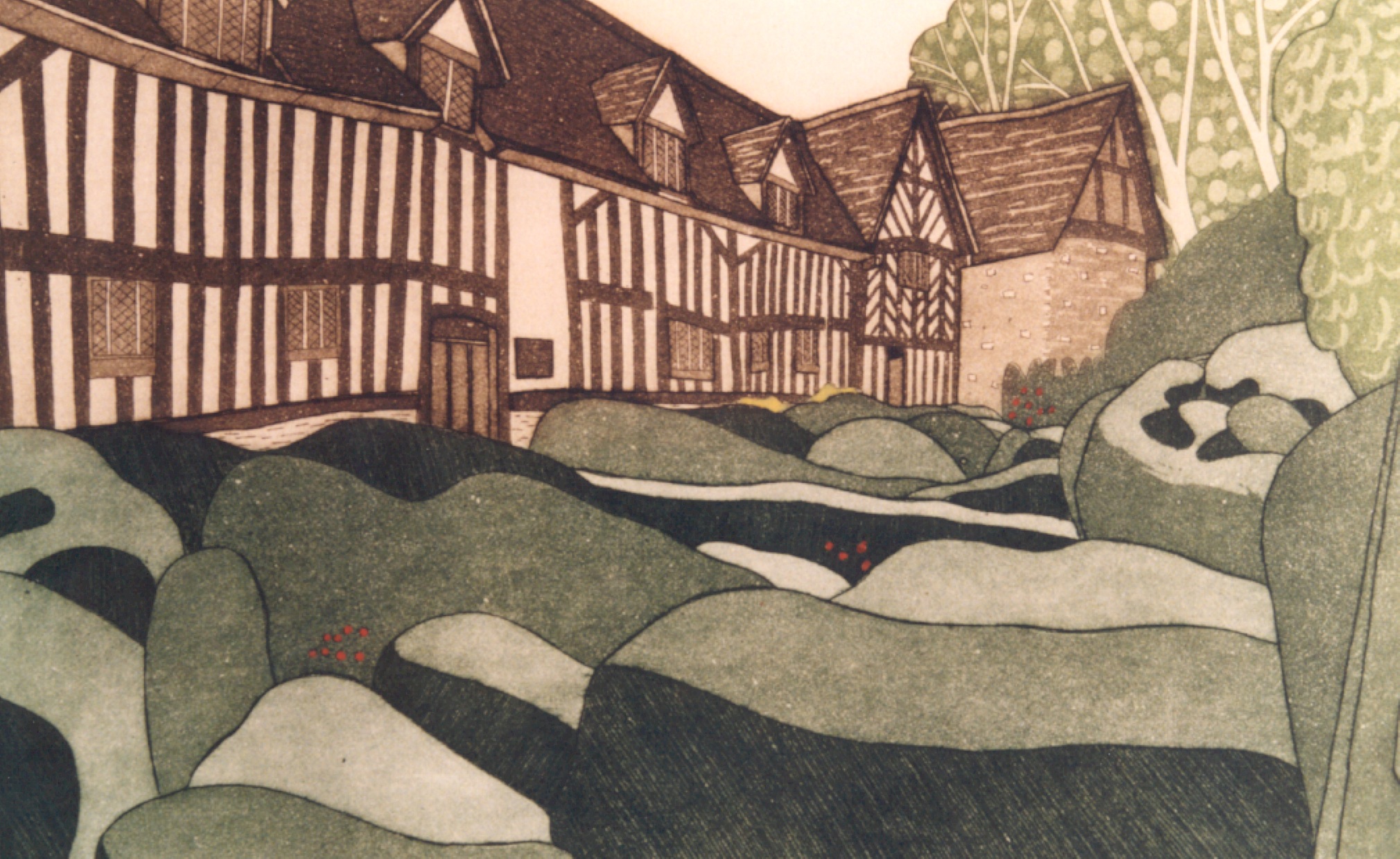 An etching of Palmer's Farm, Wilmcote, about 1990, by John Brunsdon, commissioned by the Shakespeare Birthplace Trust for the James I Lounge. Palmer's Farm was at one time known as Mary Arden's House and was thought to have been the childhood home of Shakespeare's mother.