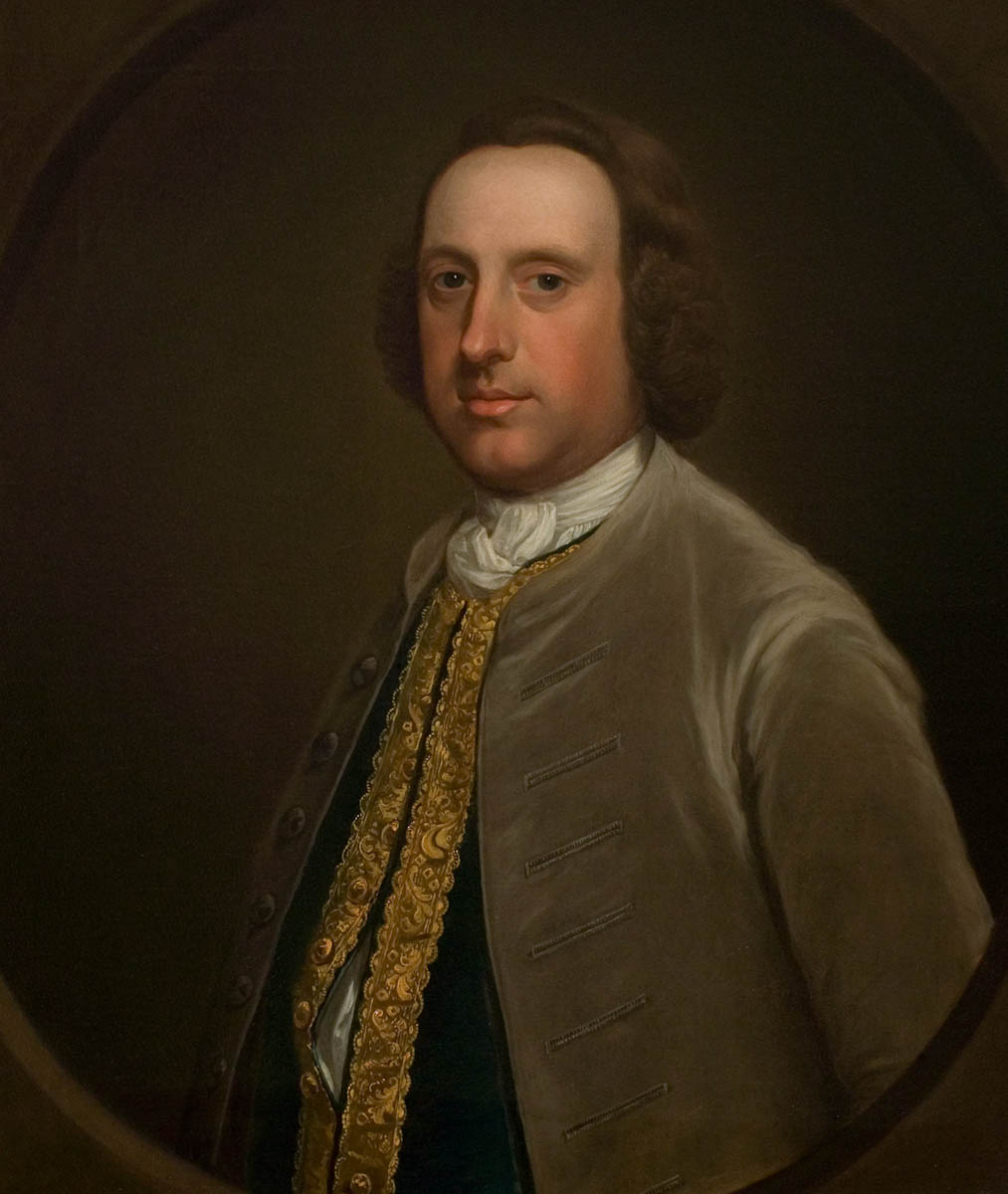 A portrait of Edmund Battersbee, in oils on canvas, mounted in an oval carved frame. Attributed to the school of Thomas Hudson, about 1800. In partnership, Battersbee took over the ownership of Stratford-upon-Avon's first bank. He also had substantial shares in the Stratford Canal project, which was completed in 1816, four years after his death. He bought Stratford College in 1796, only to demolish it three years later, claiming that he could not afford to maintain it. An 18th century painting; in oils on canvas; head and shoulders portrait of Mr Battersbee; wearing a red cloak; oval carved wooden frame.