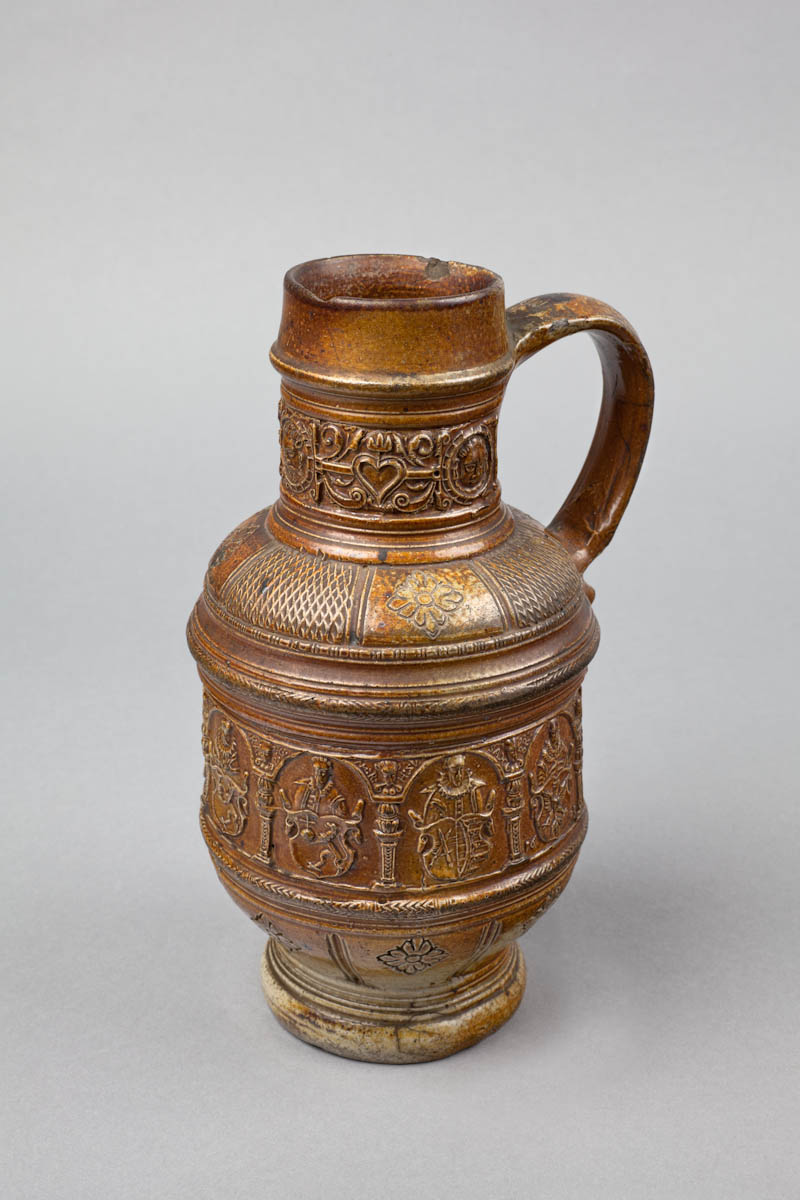 An early/mid-17th century salt-glaze stoneware Raeren jug; brown; single handle; cylindrical neck with decorative frieze of central lion mask and female head on each side; rouletting on shoulder; central band of 7-arched arcade with the 6 German Electors and the Holy Roman Emporer, each named in spandrel of arch, and with crested shield; slightly chipped around top; cracked at base and on handle; fault in glaze in centre; glaze slightly sworn where decoration is in relief; above, between the zones of rouletting, and below the Electors' frieze, stamped floral decoration. (Free translation from 'Steinzug', No. 363 - 'Ovoid, round-bellied vesse4l with a broad central frieze in relief-work. Whole body richly decorated. Central frieze, an arcade of seven Roman arches, with the six Electors and the Elector of Bohemia as the Holy roman Emporer, denoted as 'RAMISCH(E)R KAISER'. In 1602 this was Rudolf II (1576-1612). On the curved part of the body, above and below the central band, is a vertical field with stamped floral decoration. On the neck a frieze of strapwork with a lion mask and busts of women in oval medallions.