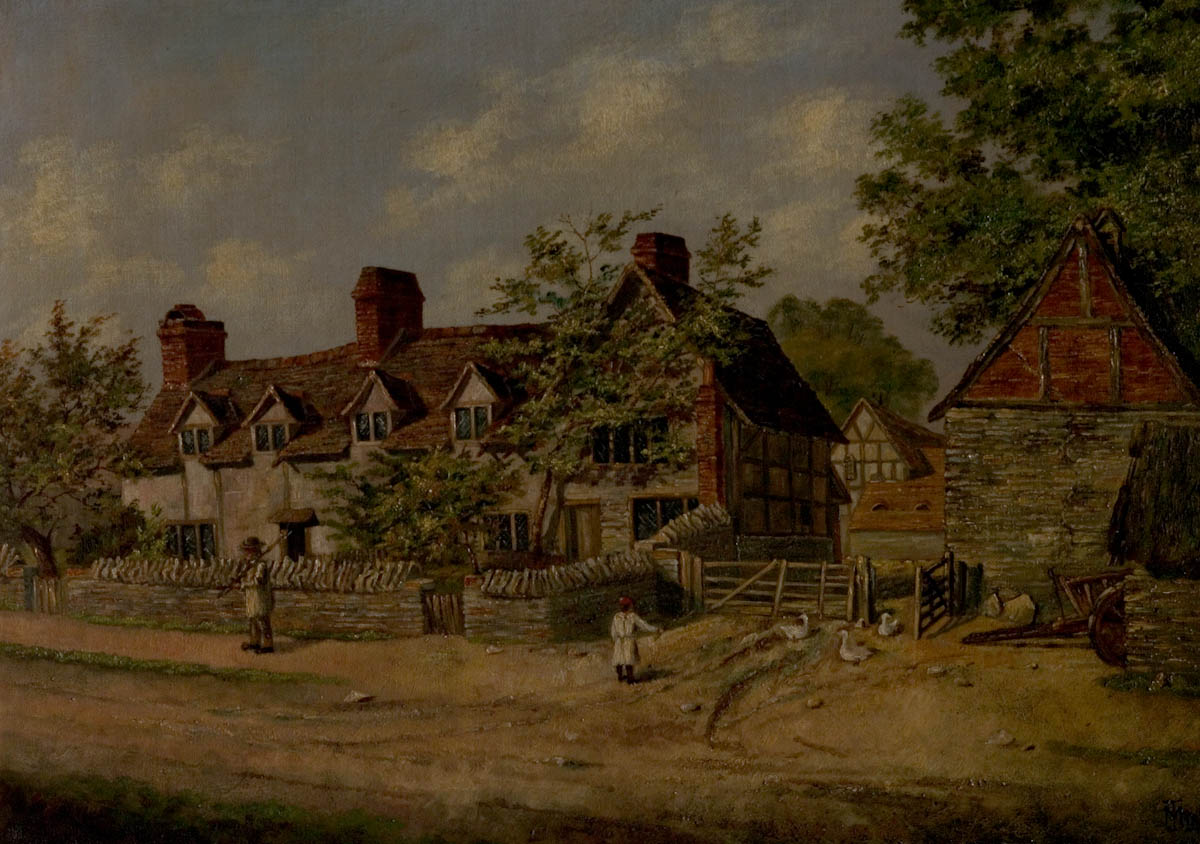 A painting of Palmer's Farm, formerly believed to be Mary Arden's House. Written in pencil on the back of the frame 'By J. T. Marshall of Stratford upon Avon 1871'.