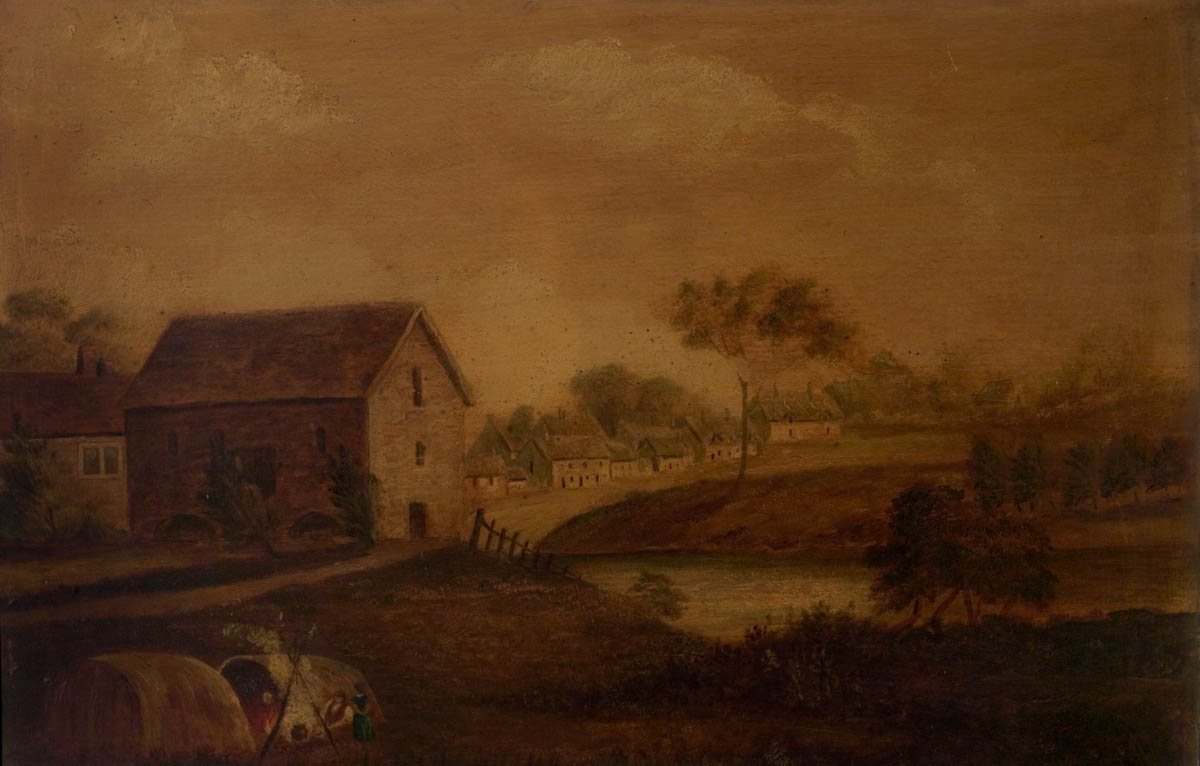 An oil painting depicting 'Drunken Bidford'. Shakespeare is alleged to have engaged in a drinking contest at the Falcon Inn in Bidford-on-Avon. According to this tale, Shakespeare lost the contest, drinking himself to a stupor. The following morning, when his companions suggested they return to avenge their defeat, Shakespeare refused, having had enough of supping with 'Piping Pebworth, Dancing Marston, Haunted Hilbro` [Hillborough], Hungry [Temple] Grafton, Dudging Exhall, Papist Wicksford [Wixford], Beggarly Broom, and Drunken Bedford [Bidford]'.