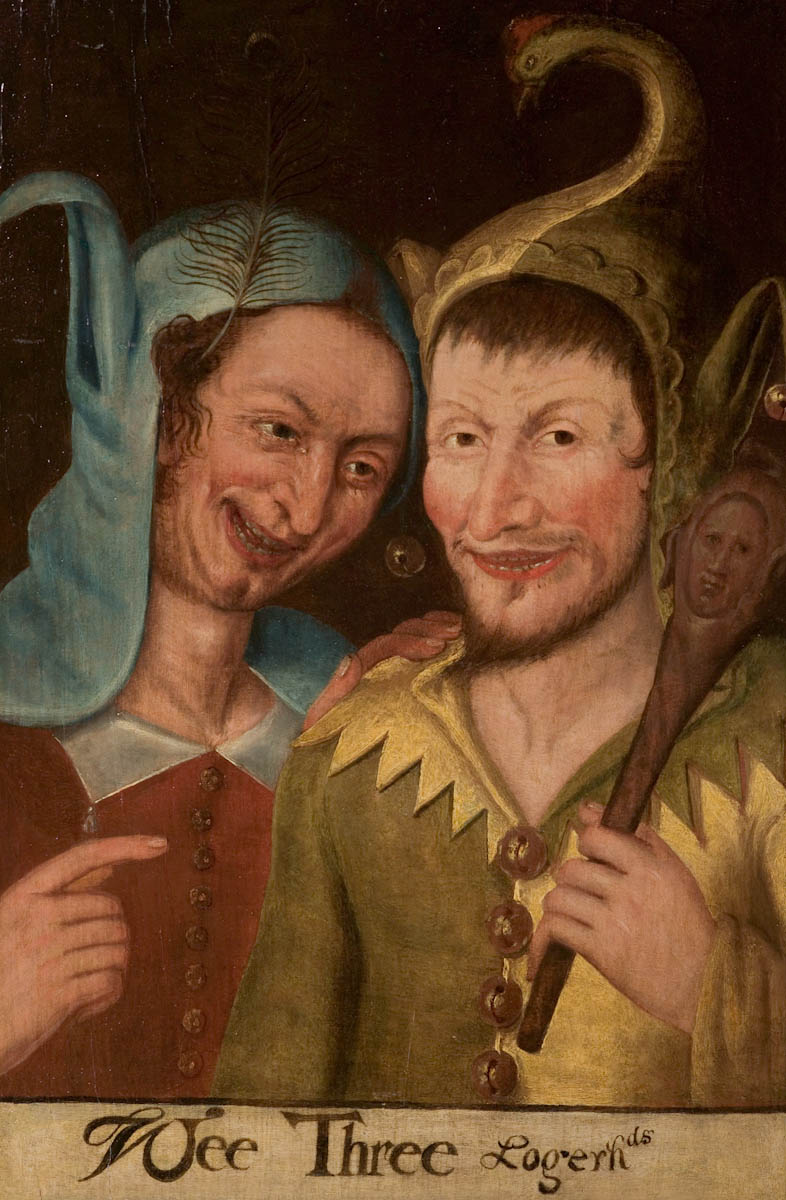 Enquire about this object
Back

Early 17th-century oil painting; oils on wood; two jesters, one holding a staff carved with a jester's head. A inscription painted onto a banner at the bottom of the painting reads 'Wee Three Logerhds' (loggerheads). The sitters are thought to be Tom Derry (left) and either Archibald Armstrong or Muckle John.

Loggerhead is a word that meant ‘stupid person’ and ‘heavy block of wood’ in the late 1500s and early 1600s. The inscription is a play on words and could refer to the wooden stick carved with a face in the painting or, more likely, to the viewer of the painting as the third loggerhead.