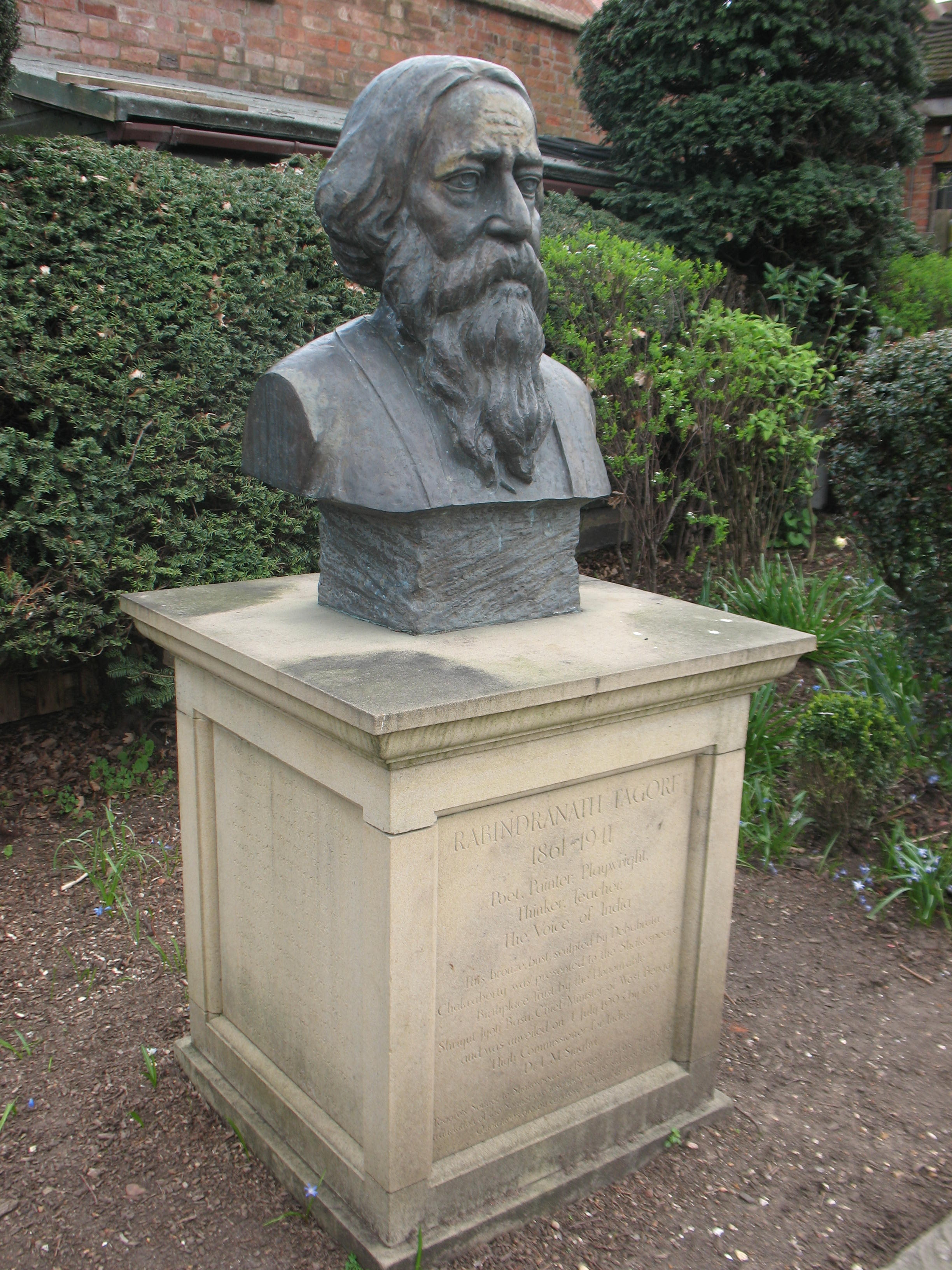 Bust, 1995. Bronze bust of Rabindranath Tagore (1861-1941), famous Indian poet. Project conceived by the Indian High Commissioner to London, Dr. L.M. Singhvi, who saw an ivory tablet of Tagore's 1916 Tercentenary poem In Honour of William Shakespeare when Indian Vice President visited Shakespeare Centre. This tablet, which is in the care of the Library Department (as of 30.5.2013 in the care of Museum Department STRST : SBT 2013-2), was presented to the Trust during 1964 Quatercentenary celebrations by the Calcutta Art Society. Memorial intended to be seen and enjoyed by the many people from the Indian sub-continent who visit Shakespeare's Birthplace. The Chief Minister of West Bengal, Mr Jyoti Basu was enthusiastic in his support of the idea, and arranged for a head and shoulders bronze bust, cast by the Calcutta sculptor Debabrata Chakraborty, to be given to the Trust. On 5th July 1995 the bust was presented to the Chairman of the Trustees, Professor Stanley Wells, and the Director, Roger Pringle, at a ceremony in the Birthplace garden. A peaceful part of the garden was chosen as the site, where visitors can enjoy the bust. The plinth was designed by the architect William Hawkes and made of York Stone by the Linford Group of Lichfield. The French sculptor Catherine Retailleau engraved the plinth with Tagore's poem to Shakespeare, following the Bengali script and also with Tagore's own English translation. A dedication ceremony was held on 20th September 1996, at which flowers were laid by Mr Jyoti Basu and Mr Buddhadeb Battacharya, Information and Cultural Affairs Minister of West Bengal, Dr L.M. Singhvi and Professor Stanley Wells of the Shakespeare Birthplace Trust. The event was marked by songs in Bengali and Hindi based on translations of the Tagore poem.