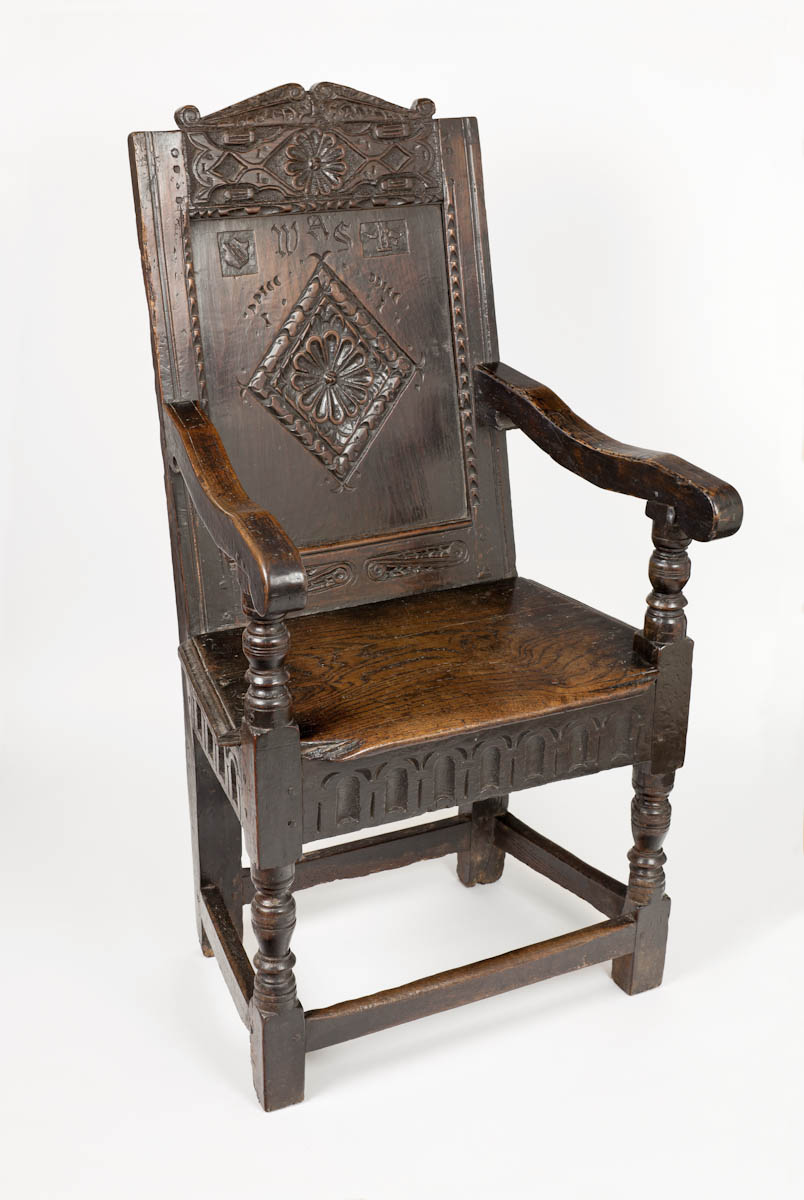 A mid seventeenth-century oak and walnut panel-back armchair, the low leafy scrolled crest integral with the top rail carved with a simple flat stylised cartouche centred by a large daisy or marguerite; the large panel carved with a cabled lozenge centred by a conforming marguerite below two small sunk rectangles, one containing the Shakespeare Arms on a shield, the other the crest of a bird wielding a spear, flanking the later incised inscription of the initials 'W A S' in gothic script, the lozenge flanked by two rows of crescent marks incised with a u-gouge and located on a lightly inscribed semi-circle, the panel enclosed with a pelletted moulding over two simple incised s-scrolls to the lower rail; the scrolled arms supported on baluster turnings; the single-plank moulded seat set on seat rails carved with nulling or arcading and raised on baluster-turned supports united by plank stretchers, the stiles extended to form feet. Ireland's engraving of the chair in 'Picturesque Views' indicates that the armorial carvings on the chair back were present when he purchased the chair, but that the 'WAS' initials were added later.

Purported to be the courting chair of Shakespeare and Anne Hathaway, according to an account by Samuel Ireland. He refers to the chair being at Anne Hathaway's Cottage, where he purchased it in 1792 and according to his interview with on of the Hathaway family living there, it had been given to them by Lady Elizabeth Barnard, William Shakespeare's granddaughter.