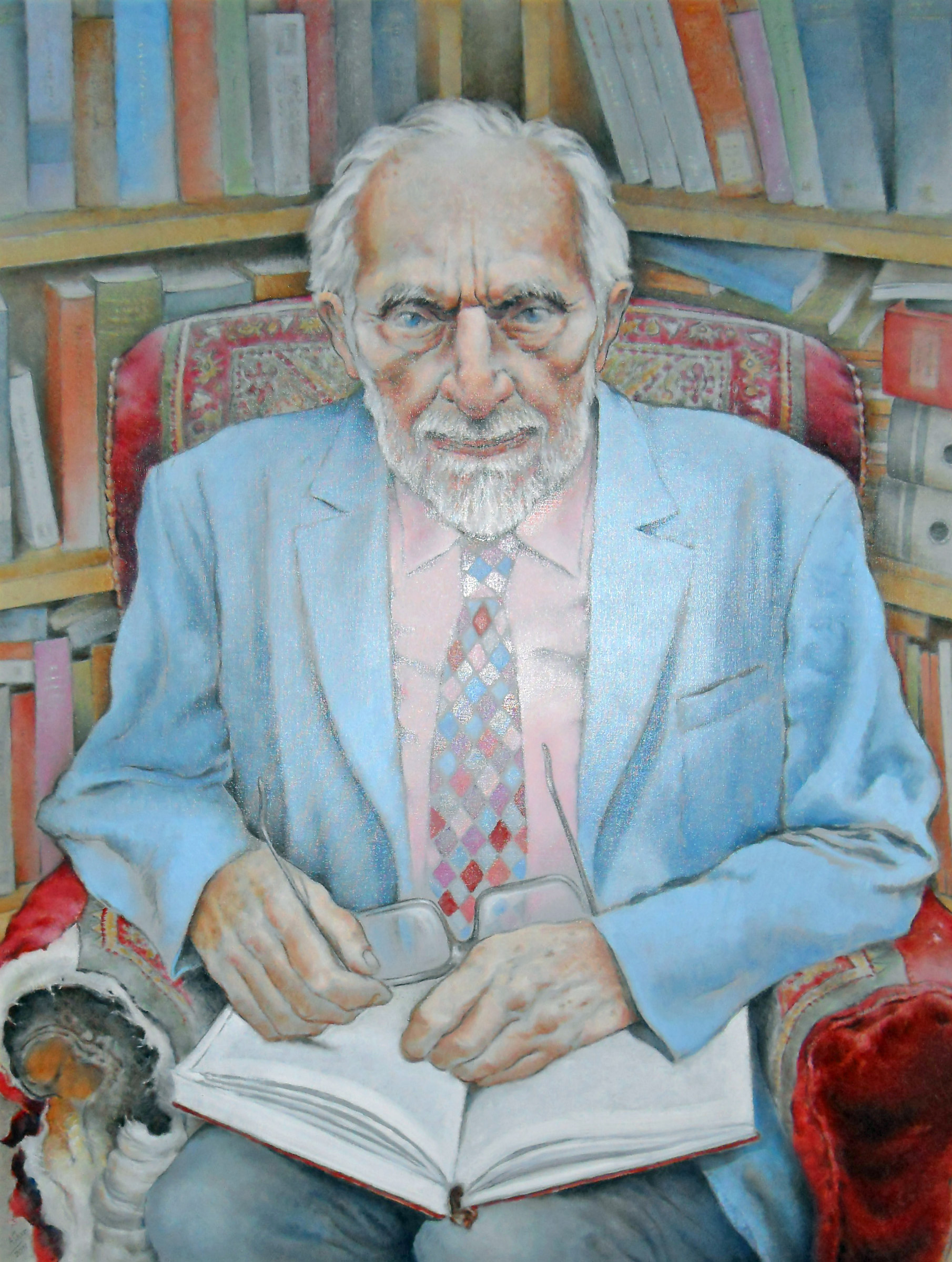 Enquire about this object
Back

Oil on canvas portrait of the Shakespeare Birthplace Trust Chairman Professor Stanley Wells CBE, by Sir Antony Sher. Commissioned in 2010 by the Trust to be produced to celebrate Stanley's retirement on Friday 10th June 2011. Stanley had held the position of Chairman for 20 years. Framed. Unglazed. The viewer sees Stanley sitting facing forwards in his armchair with bookcases in the background filled with books and folders. Stanley is pictured in his office at the Shakespeare Centre. Stanley has a book open on his knees with his hands resting on top, he is holding his glasses in his right hand. Stanley wears a blue jacket with a pocket in the left breast, pink shirt and a tie with a pink, purple, blue and terracotta coloured diamond pattern. His armchair appears to be old and well-used with his right side arm rest torn at the front. The portrait is signed by the artist in the lower left corner as viewed.