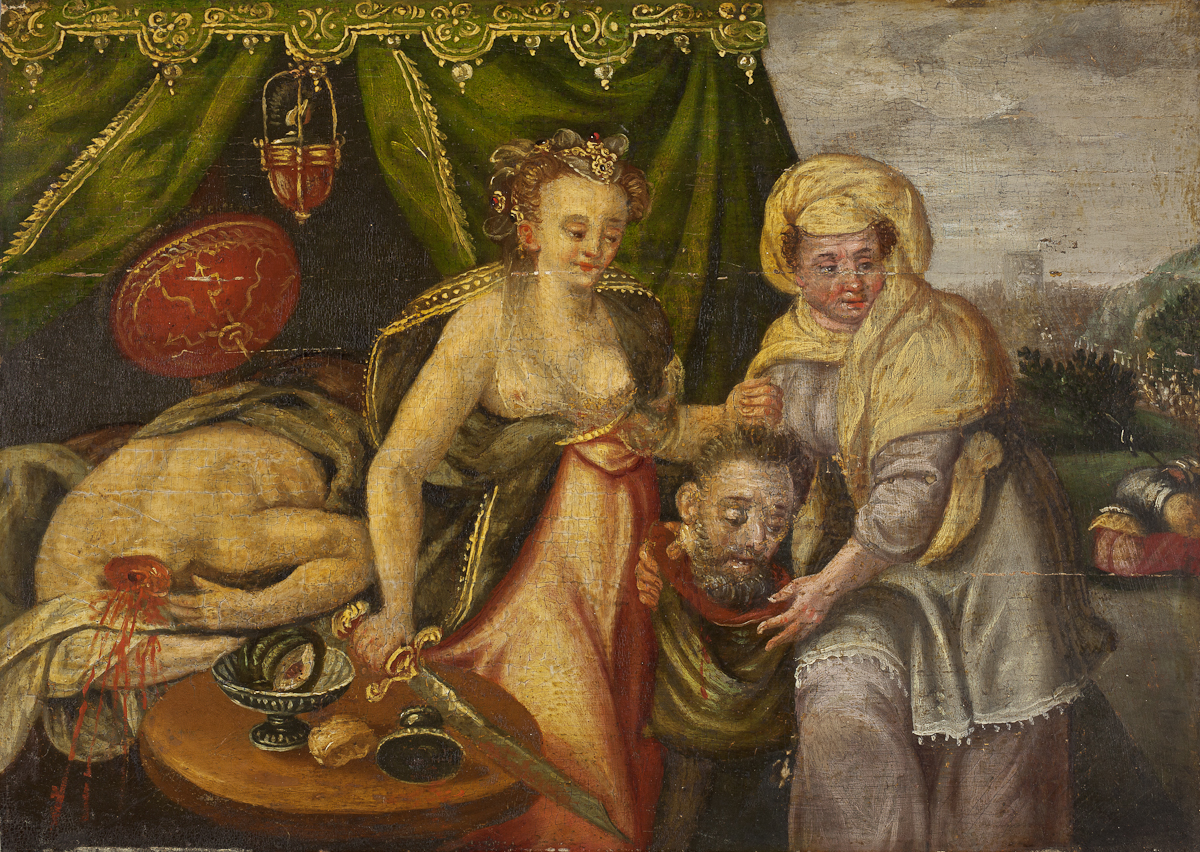 A small but vividly painted depiction of the beheading of Holofernes, given in the book of Judith. The story goes that Holofernes, an Assyrian general, was about to destroy Judith's home, the city of Bethulia. The night before the attack on Bethulia Holofernes, overcome with drink, passes out in his tent. Judith, a beautiful widow, sneaks into the Assyrian camp and then Holofernes tent and decapitates him while he sleeps. This painting shows the common addition of Judith's maidservant, often present within depictions of this story to distinguish Judith from Salome. Judith is shown holding the head of Holofernes in her left hand whilst the maidservant holds open a bag for her to drop it in to. Behind the two women, beneath his green tent, the body of Holofernes gushes blood from his fatal wound. The background in the far right of the painting shows the Assyrian encampment and the city of Bethulia. The reverse of the painting suggests that it may have come from a larger image.