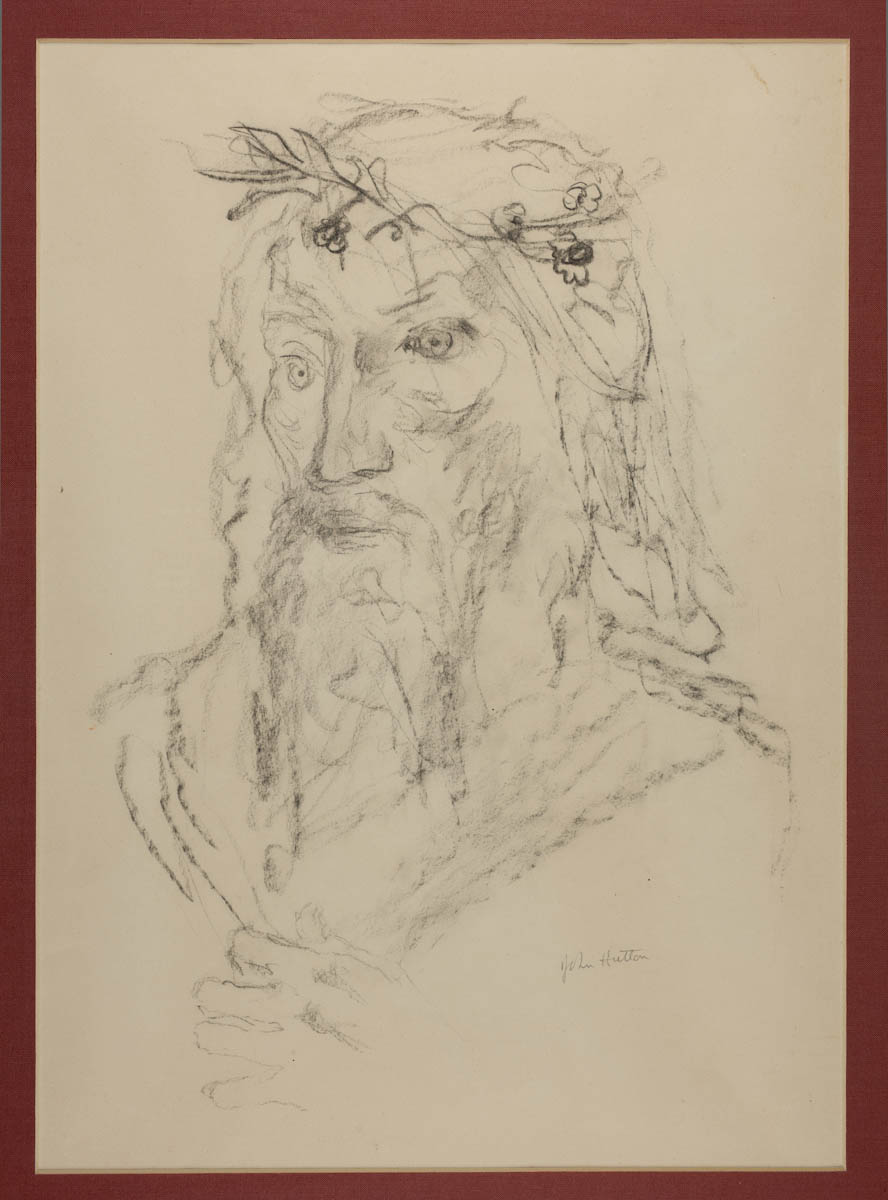 Original sketch of King Lear. The eponymous charcater is shown in a three-quarter, head and shoulder view; depicted wearing a wreath typical of the portrayals of King Lear in the latter-half of the play., The artist's wife (Mrs. Marigold Hutton) stated that John continued to work on the Shakespeare characters after the engraved glass for the Shakespeare Centre was completed in 1964; King Lear was a particular fasincation for the artist. This drawing is from about 1963 and was influenced from hearing Paul Scofield in the role.