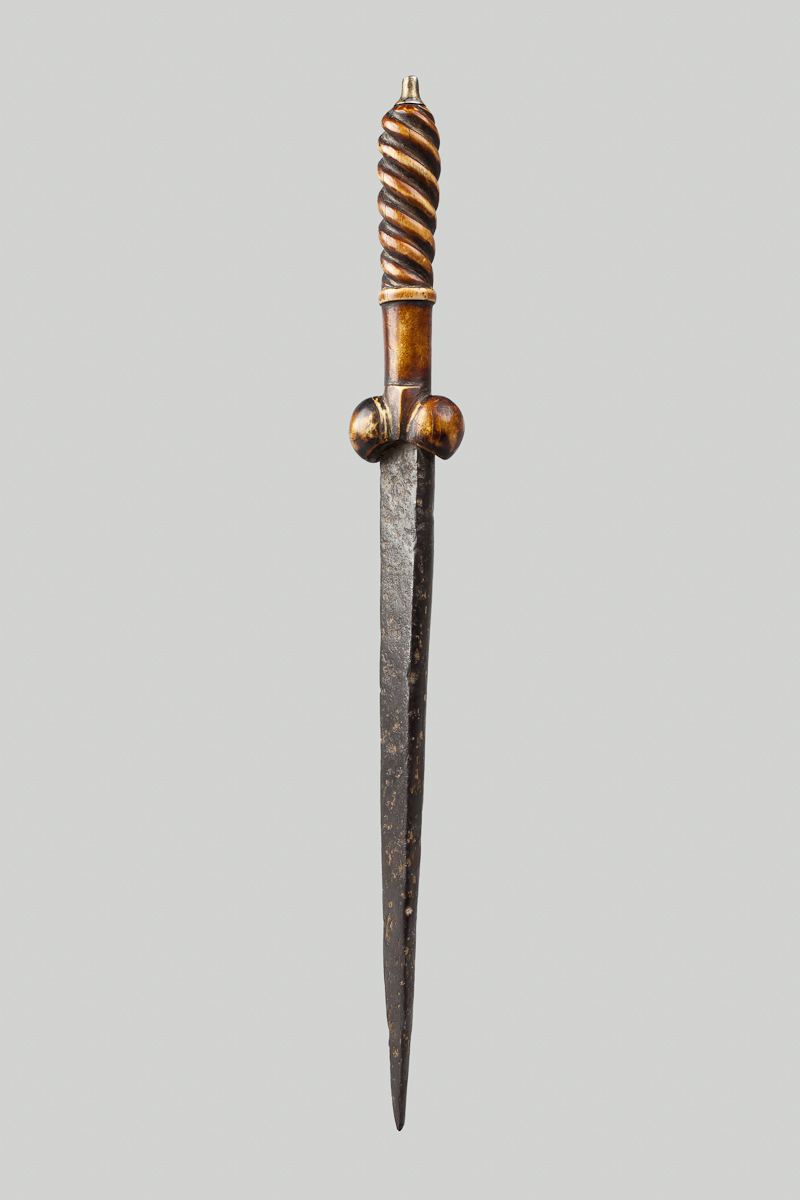 A Flemish bollock, or kidney, dagger with a turned walrus ivory haft and a single edge, triangular section blade.

The 'bollock' dagger takes its name from the two rounded lobes at the base of the haft, resembling the male testes. The Victorians changed the name to 'kidney' dagger to avoid the sexual connotation. The weapon originated in Northern Europe in the late 14th century and was particularly popular during the Tudor period where it was used as a backup for the sword and lance.

Acquired thanks to a donation in memory of Patrick Hartrey, 2017